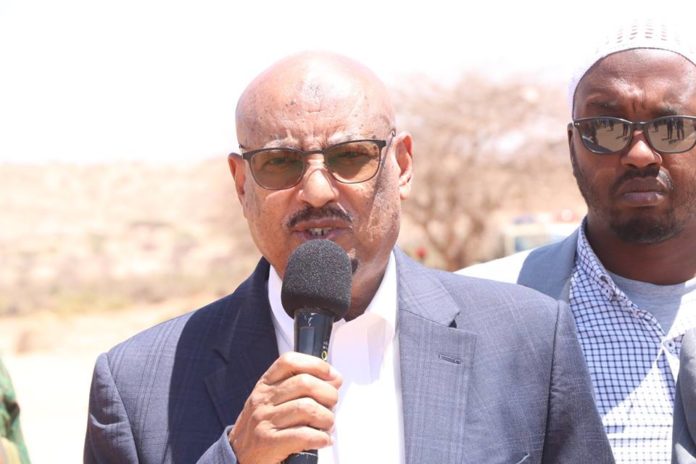 HARGEISA – Somaliland should become an independent state in 2019 in view of multi-million investment interests by global economic power houses which could create an environment for sustainable economic revival and social progress, a veteran politician of the breakaway northern Somalia republic said on Saturday.

“Somaliland will definitely become an independent state in 2019 latest – We are currently working towards the creation of a two state solution, which would pave the way for the realization of our recognition goal.” said Faisal Ali Warabe, a veteran Somaliland politician as well as the leader of UCID, Somaliland’s first opposition party in an interview with Alleastafrica in Hargeisa, Somaliland’s capital.

He dismissed the likelihood that Somalia could exert its influence to block attempts by Somaliland to advance its bid for an international recognition, saying that a two-state solution mechanism which is in the making would help ease possible challenges ahead.

“They have no leverage to stand in our way.” he said of Somalia’s central government.

A spokesman for Somali government could not be reached for comment. Somalia considers Somaliland as parts of its country, an assertion routinely dismissed by Somaliland which maintains its status of being an independent state.

However, some of the opposition parties and international partners opposed the proposal, nevertheless demanding it to go ahead with timely presidential elections.

“Under our constitution, this situation can be enforced in the case of natural disasters and the drought is of course a natural disaster.” He said, suggesting six months delay in holding the presidential election to deal with the drought.

Despite its abundant oil resources, Somaliland lacks the capacities to explore by itself, prompting it to sign oil and gas exploration deals with international companies.

In addition, the breakaway enclave has also signed a 30-year contract with the UAE’s DP World to manage its largest port, Berbera, sparking concerns that the deal followed another proposal by UAE to establish a military base in the region as parts of its growing ambition to assert itself in the horn of Africa region.

The controversial proposal, pending for parliamentary approval and a presidential signature respectively is yet get a green light.

However, he remains supportive for the deal of the port along with the UAE’s proposal to establish a military base in Berbera.

“That deal of the port with the United Arab Emirates was the best one which would help Somaliland to revive its economic infrastructures and alleviate poverty.” Mr. Warabe noted, saying that DP’s World’s previous management of the Djibouti port helped improve the tiny horn of Africa nation’s economy.

Djibouti’s government had annulled the Dubai-based ports operator’s terminal contract last year, followed by arbitration proceedings by the Djiboutian government over alleged corruption by the company, forcing the Emirati government to leave Djibouti.

Meanwhile, the veteran opposition leader who’s running for this year’s presidential election also pledged a ‘new’ diplomatic and political advancement for Somaliland if he is elected as a president.

“I shall set out a strategic plan that’d change the course of action of Somaliland in the interest of our people – It’ll also will help fast-track the ongoing process for an international recognition.” he affirmed.

In the meantime, Mr. Warabe dismissed concerns being raised by other politicians that the current deals with the UAE would have a negative impact on the relations between the enclave and its neighboring countries. Djibouti’s government had earlier warned Somaliland against the deals.

“No, that’s not true – those disputes have been solved already and non of our neighboring countries feels bad about it.” He said during a lengthy interview this week.

Ethiopia also assists in maintaining security in Somaliland, a region often considering an oasis of peace in the volatile region.

According to officials, Djibouti’s government has repeatedly warned Somaliland leaders over their decisions to embrace UAE as a closer ally, and allow the Arab government to maximize its strategic interests in the untapped horn of Africa market.