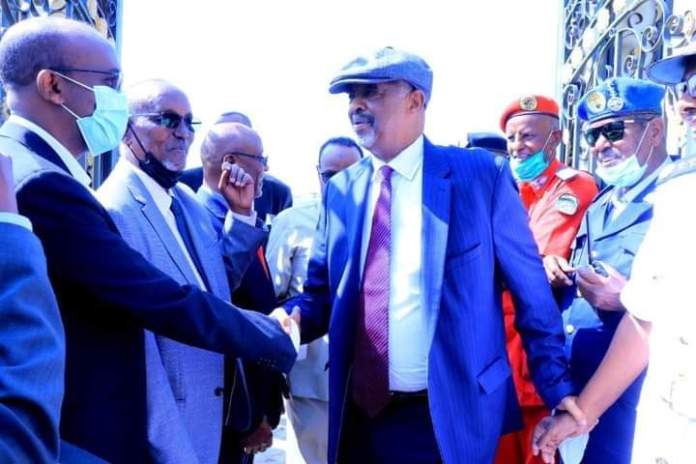 Home affairs minister, Mohmed Kahin Ahmed, returned to the capital Monday following a two-month medical trip to overseas. The minister traveled out of the country on the grounds of ill-health and sought medical treatment. Upon arrival at Egal Int’l airport, he was given a warm welcome by gov’t officials as well as members of Kulmiye party. Kahin noted that he fully recovered from his illness, and extended thanks to the public for the best wishes to him. The minister said that he left the country on the grounds of ill-health but returned while he is a fit as a fiddle.