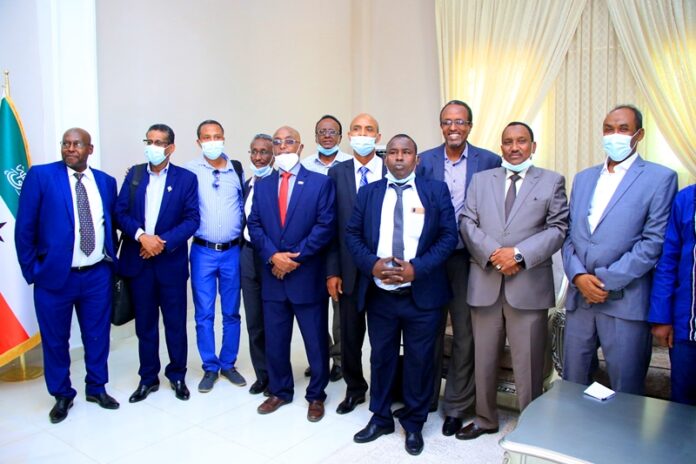 A high-level Djibouti delegation on Monday arrived in Hargeisa to participate the 30th Independence Day celebrations that SL will mark tomorrow. Senior SL government officials have greeted the Djibouti delegation upon arrival at Egal Int’l airport. The Djibouti delegation is undertaking the visit as a special guest to participate in the 30th Independence Day. The high-powered delegation consists of ministers, lawmakers, assistant ministers, director generals, army advisers and other officers. The Djibouti delegation is headed up by the Special Secretary to Djibouti Prime Minister, Nagib Abdalah Kamil. SL’s energy minister while speaking at the reception accorded to Djiboutian delegation, has thanked to the gov’t of Djibouti and its people for the brotherhood, The Minister has welcomed the delegation with open arms. In his remarks, Special secretary of Djibouti’s PM, Nagib Abdallah Kamil, has thanked SL government for the cordial reception accorded to them.