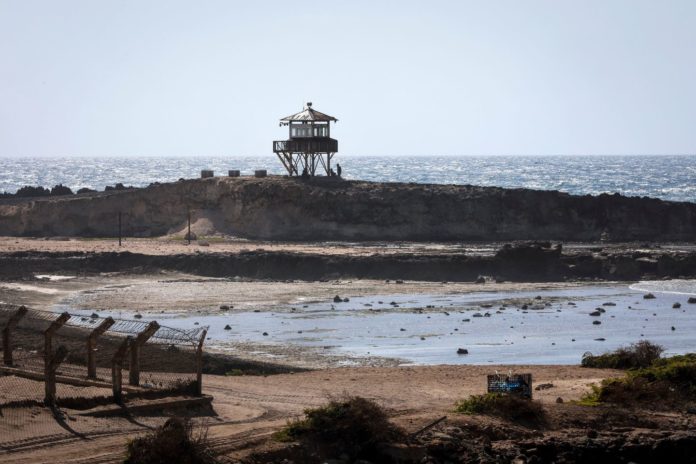 On Oct. 13, al-Shabab sent mortar rounds into the United Nations base at the Mogadishu airport, one of the most fortified areas in Somalia. A July hotel attack and car bombing in a Somali port town left more than 26 dead. In May, al-Shabab detonated a car bomb near the presidential palace in Mogadishu, killing nine people.

Al-Shabab is an Islamist extremist group affiliated with al-Qaeda, seeking to oust the Western-backed federal government of Somalia (FGS) and install an Islamic government instituting sharia law. Despite coalition efforts to counter this militant group, al-Shabab continues to demonstrate resiliency and the ability to launch attacks both domestically and cross-border into Kenya.

A coalition has been working to defeat al-Shabab since 2007

The U.S. government estimates al-Shabab has 7,000 to 9,000 fighters. The counterinsurgency campaign focused on militarily defeating the group is a coalition that includes the FGS, an African Union peacekeeping mission (AMISOM) deployment of over 20,000 troops and the Somali National Army (SNA), supported by U.S. airstrikes.

The coalition has had some success liberating al-Shabab-controlled territory in south-central Somalia, but has been unable to eradicate the group. In 2019, analysts report at least 12 confirmed attacks against government facilities, military bases, restaurants and hotels, and an airport operating U.S. drones, These al-Shabab attacks have left over 175 people dead — including the mayor of Mogadishu.

How a nonmilitary solution could decimate al-Shabab

My research looks at another option — decimating al-Shabab via defections. The coalition promotes individual defection as a way to draw fighters away from al-Shabab. Internationally funded Disarmament, Rehabilitation and Reintegration (DRR) centers in Mogadishu, Baidoa, Kismayo and Beledweyne offer programs to help defectors reenter civilian life. Although the coalition has not confirmed the official numbers, as of December 2017, Somalia’s government estimated that 2,000 defectors had completed a DRR program.

Typically, Somalia’s National Intelligence and Security Agency officials debrief and classify defectors as low risk, then offer these individuals the opportunity to go through a voluntary DRR program. The four-month program consists of religious reeducation, trauma healing and technical skills education. At the time of the interviews, when they finish the program, an international organization awarded defectors a $1,500 grant to establish a livelihood.

What keeps defectors from rejoining al-Shabab?

In order for a DRR strategy to work, defectors must be safe and have the opportunity to lead a better life outside of al-Shabab — this is critical to deter defectors from returning to the extremists. This isn’t the case in Somalia, though.

An International Journal of Conflict and Violence article I co-wrote with Tanner Semmelrock and Alexandra McDermott shows that when al-Shabab defectors leave the secure DRR compound to reintegrate into society, the Somali government provides inadequate protections, leaving al-Shabab defectors at high risk of being killed by al-Shabab militants.

To help understand why individuals joined and defected from al-Shabab in 2017, I interviewed 32 defectors at the DRR center in Baidoa, Somalia. I wanted to learn more about why they joined al-Shabab, what it was like to be part of the group, and why they decided to defect.

The key finding from our research is al-Shabab defectors are not safe. Research suggests there are many more members of al-Shabab interested in defecting, but without adequate security guarantees, they would rather remain in the insurgency.

Here’s what I found: 70 percent of the defectors I interviewed received death threats from al-Shabab and characterized themselves as “hunted.” Many of those who didn’t get these types of threats had previously discarded their mobile phones — limiting al-Shabab’s reach.

Moreover, al-Shabab can follow through on those threats — its intelligence arm, Amniyat, has spies in Baidoa and controls territory directly surrounding the area. In many southern Somali cities liberated by the FGS coalition, it’s a similar story. These are city “islands” requiring air transport or heavily armed military convoys to access safely. Traveling in or outside of Baidoa is a risky venture, particularly for an al-Shabab defector.

The defectors I spoke with were worried and frightened by their prospects for a secure future. In fact, four defectors directly asked me, “What should I do now?”

Somalia has no witness protection protocols, and lacks the resources to manage such a program. And political asylum for rehabilitated al-Shabab members is impossible, as no other countries will accept former members of a terrorist organization. Nonetheless, if the coalition believes DRR to be a viable strategy to defeat al-Shabab, my research illuminates the need to keep defectors safe once they leave the group.

Multiple defectors, for instance, mentioned integration into the Somali National Army near their home territory — this would place the former combatants near their homes, within their clan militia. These defectors believed this would provide economic opportunities — and a chance to defend themselves alongside fellow clansmen from the al-Shabab threat.

If the Somali government can address the personal security issue, our research suggests defection could reduce the group’s numbers. Religious reasons drove 71 percent of the defectors I interviewed to join the insurgency: They had a sincere desire to defend the Islamic faith.

As members of al-Shabab, however, these defectors say they grew concerned about the radicalized version of Islam that al-Shabab promotes. The interviews revealed relationships the defectors have with current members inquiring about defection, suggesting there are many more within al-Shabab who now question the group’s religious views and motives.

Would a targeted defection campaign offering amnesty, rehabilitation, opportunity and the security necessary to pursue a better life succeed? With some 2,000 al-Shabab defectors to date moving through the DRR process, the government appears to have found a viable mechanism to persuade others to defect.

By focusing resources and programming on post-defection security and reintegration and then on defection campaigns, a DRR strategy may be the key to defeating al-Shabab.

Christian Taylor is a PhD student at the School for Conflict Analysis and Resolution at George Mason University. He is also the president of Warzone Initiatives, an organization working to address armed conflict involving nonstate armed groups.