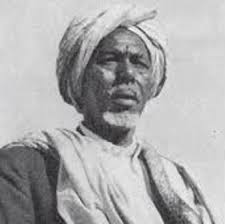 Sheikh Isaaq Bin Ahmed Bin Mohammed (Al-Hashimi) Bin Hussein was one of the Arabian scholars that crossed the sea from Arabia to the Horn of Africa to spread Islam around 12th to 13th century.

Sheikh Isaaq’s Grandfather, Muhammad, was born in Samarra an ancient city in Iraq. The city is situated on the east bank of the river Tigris. Muhammad bin Hussein lived most of his life in Samarra until he faced some difficulties with the Abbasid Caliphate at the time.

Amir and Al-Muqaddi skirmishes affected the life of Muhammad which resulted in the migration of Muhammad, his wives, children to Al-Madina-Tul Munawarra in 498 HA/1104 AD.

Muhammad lived his last years comfortably in the beautiful city of Madina. He died 505/1111 and was buried in Madina, may Allah have mercy on his soul.

After a year of his demise, in 506/1112, the immediate and extended family of Muhammad Bin Hussein all left Madina to live in different regions of Jaziiratul Arab (Arabian Peninsula). Mansucripts say that they were facing difficulties, and some other reasons that we do not know.

Among the migrates was the son of Muhammad Bin Hussein, Ahmad, who was now married to Shariffa A’atika Bintu Ali Bin Muhmmad Bin Ali whom she bore him 5 sons. Those 5 sons namely were Nasir, Dahir, Sufyan, Isaaq and Muhammad.

Ahmad along with his wife and sons migrated to Yemen where Ahmad and his wife eventually died (may Allah have mercy on them), it is believed they settled in Hadhramaut where another tribe whom stem from the prophet (s) household reside. The five boys were born in Madina but grew up in Yemen and later set out on their own journeys.

When Isaaq arrived in Yemen, he was 10 years old . He later on travelled to the Saba region of Yemen, he stayed there for 15 years and he preached more about Islam to the locals. The Sultan/Ruler of Saba married his sister to Isaaq. She eventually bore him two sons whose names were Dara’an and Sharif. Sharif’s descendants can be found in the town of Al-Karab.

After Isaaq left Saba (Yemen) at the age of 32, he preformed Hajj and then returned to Yemen. This time he travelled to Al-Jouf. In his stay, his uncle Tahir married him to his daughter, she had a child for him whose name was Mansour.

Sheikh Isaaq eventually departed from Yemen and he entered Zaila at the age of 57 years. He stayed there for a while and then travelled to Harar, the 4th capital in Islam. The Sheikh built his honour in Harar and was well respected, he was visted by his cousin and friend Sayid Omar Ismail. The Sheikh married a women in Harar from the tribe of Habuushed (Harar was predominantly inhabited by Dir Clan at that time) and she bore him four sons namely :

The Sheikh along with his friends and cousins, Muhammad Al- Basri, Yousef Al-Kownayni, Abdul-Bari bin Hassan Ahdaal and Abu Ghaith, set out in a journey where the Sheikh would lay his spear and would finally rest. They travelled East and East untill they came across a village called Mait. The town belonged to the somali Magadleh Dir tribe. The Sheikh, through his spear, stayed standing on the ground, settled there and his sons in Harar were to come later on. The Sheikh along with Kowynani preached to the locals, told them stories, and poems of Islam. The Sheikh then had his final and 4th marriage to a Somali woman of the local Magadleh Dir Clan.
She bore him his 4 last sons whose names were:

The descendents of the those eight sons are what is known as Isaaq clan at the present time. However, the Shiek left other descendents in Yemen as well. The origin of Shiekh Isaaq (Sheikh Isaac) was traced back Iraq. Researcher and groups such as Al-Ashraf concluded beyond doubt the origin and the history of Shiekh Isaaq. This research was based on the old books and scripts as well as DNA tests carried out randomly on some of his descendents.

Here is the family tree of Shiekh Isaaq as found in old records and scripts:

According to some genealogical books and Somali tradition, the Isaaq clan was founded in the 12th century with the arrival of Sheikh Isaaq Bin Ahmed Bin Mohammed Bin Hussien (Sheikh Ishaaq) from Arabia, a descendant of Ali Bin Abi Talib. He settled in the coastal town of Maydh in modern-day Somaliland where he was finally laid to rest.

The Isaaq is one of the major Somali clans in the Horn of Africa, with a large populated traditional territory. The Isaaq clan constitute the largest Somali clan in Somaliland. The populations of five major cities in Somaliland – Hargeisa, Burao, Berbera, Erigavo and Gabiley – are all predominantly Isaaq.

The Isaaq clan and Marrehan played a prominent role in the Abyssinian-Adal war (1529–1543, referred to as the “Conquest of Abyssinia”) in the army of Ahmad ibn Ibrahim Al-Ghazi. The Habr Magadle division (Ayoub, Garhajis, Habr Awal and Arap) of the Isaaq were mentioned in chronicles of that war written by Shihab Al-Din Ahmad Al-Gizany known as Futuh Al-Habash.

The Isaaq clan also played a major role in the Dervish movement, with Sultan Nur Aman of the Habr Yunis being fundamental in the inception of the movement. Sultan Nur was the principle agitator that rallied the dervish behind his anti-French Catholic Mission campaign that would become the cause of the dervish uprise. Haji Sudi of the Habr Je’lo was the highest ranking Dervish after Mohammed Abdullah Hassan, he died valiantly defending the Taleh fort during the RAF bombing campaign. The Isaaq sub-clans that were highly known for joining the Dervish movement were from the eastern Habr Yunis and Habr Je’lo sub-clans. These two sub-clans were able to purchase advanced weapons and successfully resist both British Empire and Ethiopian Empire for many years.

The clan is an important social unit, where collective responsibility and clan relationships form the basis for traditional agreements including dispute settlement. Major clans include Hawiye (25% of the population), Isaaq (22%), Darod (20%), Rahanweyn (17%), Dir (7%), Digil (3%), and other ethnic minorities (6%). (Central Intelligence Agency, 2002)” (CCS for WHO and Somalia 2010-2014)

BURIAL SITES OF SHEIKH ISAAQ AND HIS EIGHT (8) SONS