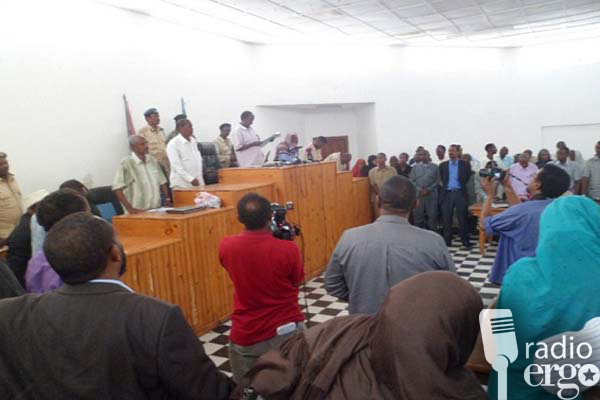 When 18-year-old Asma (not her real name) was raped by a teacher in a Koranic school last June in Sheikh Noor village in Hargeisa, her mother wanted to report the crime but the family could not afford the costs of taking the case to court.

“He [the teacher] told her he wanted to marry her and then he raped her. I could not report him immediately because my daughter became ill and I was desperately trying to look after her. She is getting better now but has been on medication for three months,” she said.

Horizon Institute, a Somaliland-based organisation supporting access to justice, supported the family with the transportation and other costs they needed to pursue the case in court in Marodijeh.

The legal officers ensured that the medical evidence was also shared with the police prosecution and that the case proceeded to court. Asma’s rapist was sentenced to five years imprisonment last August.

Horizon Institute has assisted 22 rape victims to file cases in courts in Hargeisa, Wajale, Berbera, and Darussalam over the last six months.

Legal officer Siman Ahmed Ali said that 16 cases have resulted in convictions, while the other six cases are ongoing. Most of the victims were children under the age of 15 and included three boys. The convicted sex offenders were given sentences ranging from three to 10 years.

Siman described how they go about helping victims and their families in such sensitive cases.

“When we first meet the victim we take them to hospital within 72 hours before evidence is lost. The doctor sends the evidence to the police for investigation. We have to follow up the case during the investigation to ensure the perpetrators are apprehended. We even help to fuel the police vehicles. Then we support the victim financially to get to court for the hearing,” she said.

Cases are referred to Horizon by local committees and trusted organisations like VOSOMWO, who work closely within the communities in poor neighbourhoods and in IDP camps. “People should seek justice and not hide what happens to them,” Siman advocates.

Shaba Abdi Mohamed, a VOSOMWO supervisor, said some of the cases they deal with are shocking.

“The cases we have forwarded include a very painful case of a 13 year-old-girl who was raped by her stepfather. The girl suffered a traumatic fistula. She could not walk, she could not go to school, she couldn’t leave the house,” Shaba told Radio Ergo.

The family was reluctant report the crime because of the shame they felt about sharing the information of what had happened to their daughter, fearing it would ruin her future. They were finally persuaded by VOSOMWO and Horizon that justice must be done and the case was taken to court.

Successful prosecutions through the courts is leading to a reduction in cases being resolved under Somali traditional law, Horizon reports. However, pressure needs to be kept on prosecutors and families to reject such settlements involving taking compensation from the perpetrator in exchange for his freedom.