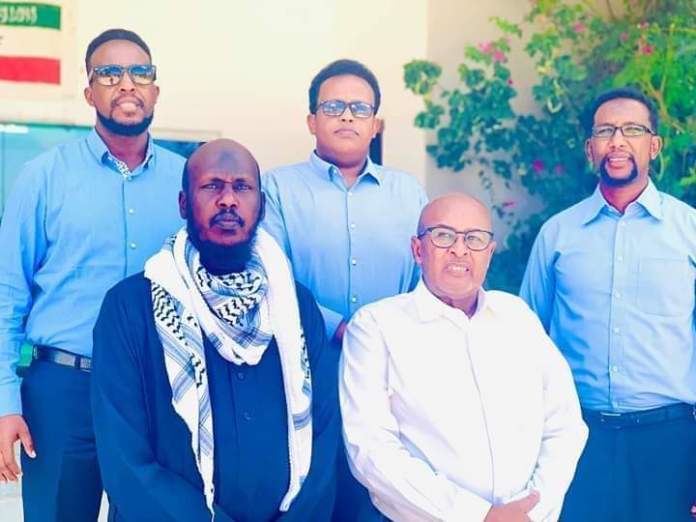 Somali Journalists Syndicate (SJS) welcomes the release of journalist Abdimalik Muse Oldon from the jail in Hargeisa on Saturday 6 June, 2020 after spending one year and 49 days in prison.

Somaliland police in Burao arrested freelance journalist Oldon on 17 April 2019 over critical Facebook articles.  On 6 June 2019, Oldon was charged with “spreading anti-Somaliland propaganda” and “disseminating false news”. On 8 July 2019 the Hargeisa-based Marodi-Jeh Regional Court sentenced to him with three and half years jail term.

During a press conference in Hargeisa today, Mr. Oldon said he was freed on presidential pardoning.

“Today I am free. I thank God. I also thank all those who took part in ensuring my freedom. I want to say thank you all as I can not mention each and everyone,” he told reporters shortly after his freedom.

SJS is hailed by journalist Oldon’s freedom in Hargeisa as we call for authorities in Somaliland to stop jailing journalists.

“SJS is relieved by the news of journalist Abdimalik Muse Oldon’s freedom today in Hargeisa. Oldon should not have been detained in the first place,” Abdalle Ahmed Mumin, the secretary general of Somali Journalists Syndicate (SJS) said “We wish to remind Somaliland authorities to stop arresting journalists for only exercising their right to freedom of speech.”

SJS is also deeply disturbed about the continued incommunicado detention of Radio Hiigsi’s editor, Mohamed Abduwahaab Nuur (Abuuja) who is held in unknown location in Mogadishu since 7 March without access to a lawyer and his family. Officers from Somali National Intelligence and Security Agency (NISA) detained the journalist after writing critically on the security forces.

“We are very concerned about the situation of journalist Mohamed Abduwahaab Nuur (Abuuja) as he is held in unknown location without having access to his lawyer and his family since 7 March. He should be freed or brought to a court of law with access to a lawyer,” Mr. Mumin concludes.