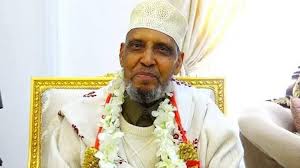 Former Interim Somali PM, Omar Arteh Ghalib who served as Somalian PM in 19991 to 1993 has passed away in Hargeisa, Somaliland capital on Wednesday at the age of 89. His family confirmed that Omar died in Hargeisa after he was admitted into a hospital in Hargeisa. Prior to serving as Somalia’s interim PM, Omar also served as the Foreign Affairs Minister during the military government led by the late deceased president Said Barre.