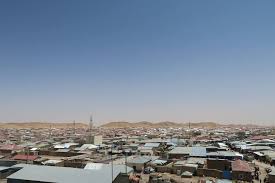 A judge in Sool’s provincial court was killed on Tuesday night by unknown armed assailants. Mr. Abdilahi Salad Wadad-Yare was gunned down while he was going into his residential house. The assailants escaped from the scene after carrying out the operation. Security forces reached the scene and detained scores of suspects in connection with the killing. Police said that those who are under arrest will be interrogated. No group has claimed the responsibility of carrying out the assassination.