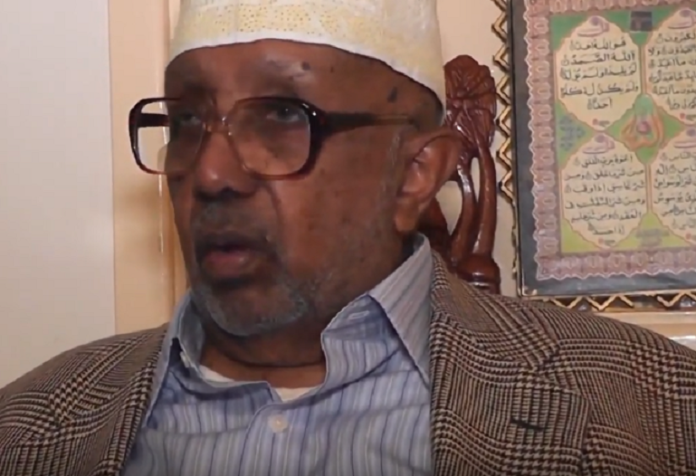 Somalia is in mourning as the first president and one of the founding fathers of Somali National Olympic Committee, Ali Omar Sheegow has passed away in Manchester, Northwest of England on Thursday.

The death of the Somali sports veteran was announced in Manchester by his family late on Thursday.

“I am deeply saddened by the death of our mentor, a great colleague and a founding father of Somali sport” said former Somali National Olympic Committee general secretary, Duran Farah who several times visited the late Sheegow at his home in Manchester.

The body of the late Sheegow will be laid to rest in Manchester on Sunday 5th of May, according to Somali Basketball Federation head of international relations, Bana Abdalla Ali, who has been closely following the situation of Mr. Sheegow.

The late Sheegow was born in the coastal village of Mareeg east of the country on July 20 1924. He played a key role in Somalia’s fight for independence and was a prominent member of the Somali Youth League (SYL), the group that brought about Somalia’s independence in 1960.

On December 12 1959, the late sheegow became the first president of Somali National Olympic Committee and before rising to the leadership of Somali Olympics Mr Sheegow was one of 13 Somali young men who took over Somali Sports Administration from the Italian colonizers.

However, his dreams of going back home did not turn true, as the country is still experiencing insecurity and his home village of Mareeg is now home to the notorious Al-Qaeda linked AL Shabaab terrorists.