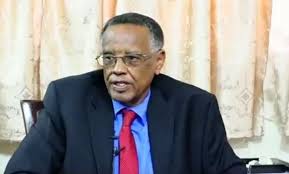 The Speaker of the House of Representatives said that the parliament has decided to ban UCID chairman, Faisal Ali Warabe to run for the presidential race in the upcoming polls.

Bashe reiterated that in the upcoming polls, the political parties will receive their budgets on the basis of the number of votes they receive.

Faisal Ali Warabe stood for the presidential race for three times and was badly defeated and was humiliated by receiving the lowest in comparison with what his two rivals have garnered.

Faisal Ali Warabe recently barraged with criticism to the House speaker, saying that he cannot travel to his constituency and that he was not elected in one vote one man.