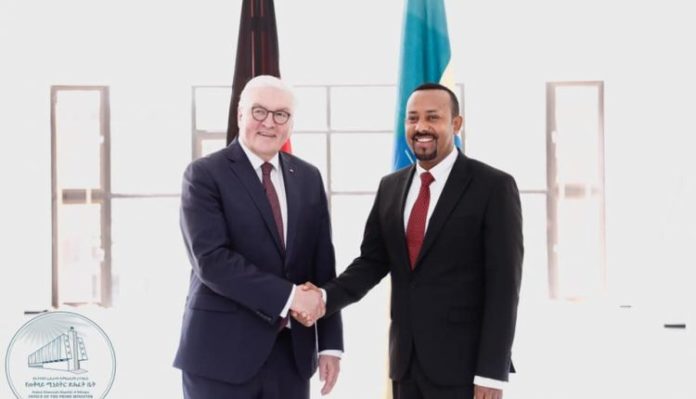 He shared the three pillars of the current reforms as being grounded in individuals, ideas and institutions.

President Steinmer on his part acknowledged the elevation of Ethiopia-German relations to reforms cooperation and confirmed the strengthening of these relations.

President Steinmer will attend a Memorandum of Understanding (MoU) signing ceremony between Volkswagen AG and the Ethiopian Investment Commission a roundtable discussion with the economic adviser to the PM and members of the German and Ethiopian business communities later today.

The President will be meeting with civil society representatives and prominent Ethiopians advocating political change, from whom he will be hearing about current developments in the country, which is undergoing reforms and a social opening.

He will also visit a vocational training institute and meet with members of the business community. In the north of the country, he will visit the rock-hewn churches at Lalibela, which are a UNESCO world heritage site.