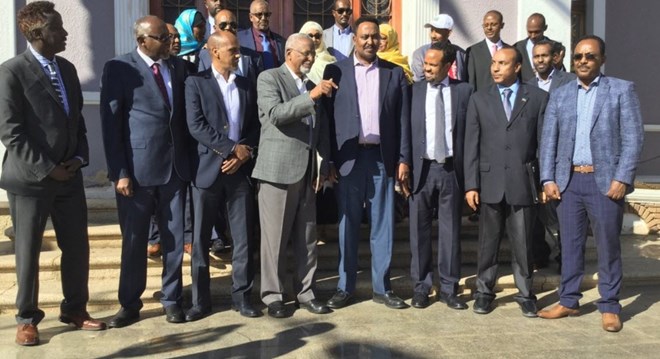 Addis Ababa October 22/2018 The Government of Ethiopian and Ogaden National Liberation Front (ONLF) have signed a peace deal on Sunday in Asmara, Eritrea that culminated one of the oldest arms struggle in Ethiopia, according to MoFA.

Minister of Foreign Affairs, Workneh Gebeyehu led the Ethiopian delegation accompanied by Minister of Finance, Ahmed Shide and Vice President of Somali Region, Mustafe Mohamed where as on the ONLF side led by the Chairman, Admiral Mohamed Umer Usman.

The two sides held a productive discussion and reached historic deal that allowed the ONLF to undertake peaceful political struggle in Ethiopia, according to a statement from the ministry.

This is a beginning of new chapter of peace and stability in Ethiopia, particularly in Somali Region, the statement underlined.

The Ethiopian parliament removed ONLF from terrorist list recently so as to pave ways for peace dialogue.