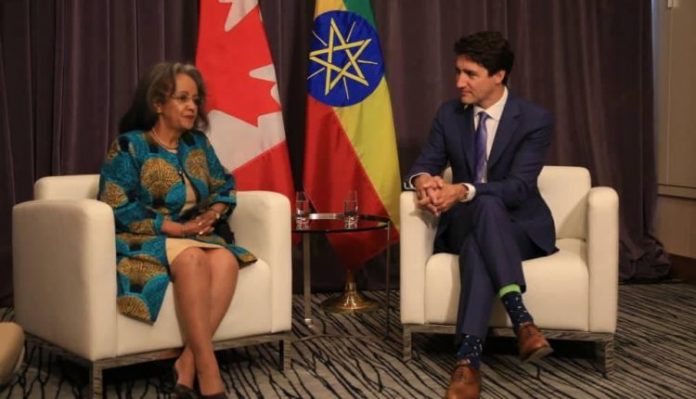 The President said Canada is Ethiopia’s stronger partner including at various difficult times.

The two countries have many areas to cooperate, the President said, adding that Ethiopia is committed to strengthen its economic cooperation with Canada in particular.

Prime Minister Trudeau for his part commended government’s efforts to elevate Ethiopia to a better status and pledged that Canada will continue to provide its support for the efforts.