Somaliland’s Minister of Transport & Roads Development Honorable Abdilahi Abokor has announced that additional four months are needed for the realization of Berbera Corridor after he received a progress report from the contracting company which is currently responsible for the construction of the highway.

The minister has also noted the initial plan was to accomplish the road construction prior to May 2020.

However, the contracting company has made an official request of four extra months in order for the road to be completed which means the Berbera Corridor construction will be finalized in Sept. 2020.

Speaking at the inaugural ceremony of the first 12 stretch km which was inaugurated by Somaliland’s president.

The transport minister, Mr. Abdilahi Abokor has also pointed out the presence of minor constraints regarding the highway completion including the risks posed by torrential rains, the long distance building materials, stores and insufficient construction materials as the minister has claimed.

On the other hand, the minister has also explained the huge change being done to the previous road in terms of size extension and the number of vehicles can accommodate at once.

Transport Minister said: “There is a huge difference between the brand new road and the old one. The previous design was resisting the pressure of six tons only but this one will resist more than 40 tons pf pressure. The width of the road has also been expanded. The previous one was 6.5 m and the newly built width is 11.3 and we are looking forward that this road will be highly profitable one.”

The construction of Berbera corridor was an integral part of a contract agreement made by Somaliland government and the United Arab Emirates and its owned port company DPW.

The Berbera Corridor will be a strategic link of immense trading importance which links its port city of Berbera to the dry port city of Togwajale. 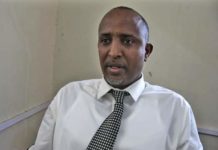 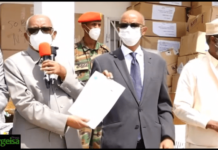