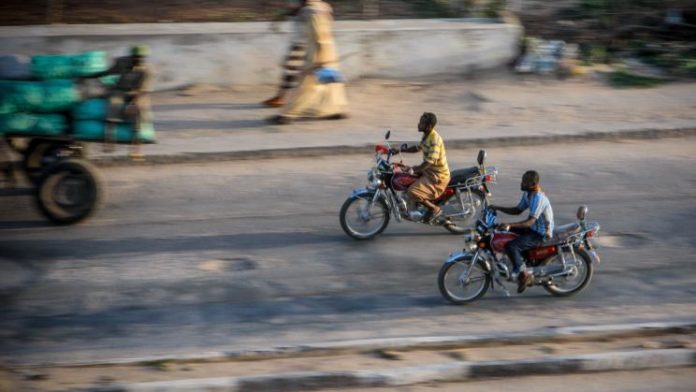 Stockholm, 23 October 2019) Climate change poses serious challenges to current and future peacebuilding missions, according to a new report by the Stockholm International Peace Research Institute (SIPRI) which studies the United Nations Assistance Mission in Somalia (UNSOM). Climate change amplifies existing challenges and strengthens radical groups. At the same time, climate change forces missions to think out of the box with UNSOM proving to be an encouraging example.

Somalia’s three decades of conflict have been magnified by a series of increasingly severe droughts. The impacts of climate- and weather-related changes add pressure to the country’s overburdened governance and judicial systems. This is a serious threat to Somalia’s state-building process and challenges UNSOM to successfully implement their mandate.

The Policy Paper looks at how climate change impacts UNSOM’s mandate and presents the strategies that they and other actors have utilized to overcome these challenges.

The report states that 94 per cent of Somalia’s nomadic population—such as herders—currently live in poverty. Climate change causes regular grazing routes to become unusable which forces herders to move their livestock to areas that may put them in conflict with farmers. The impacts of climate change have also increased the number of internally displaced people in Somalia. Internally displaced people are exposed to recruitment efforts by groups such as al-Shabab and change the demographic composition and ethnic makeup of areas. In some cases, shifts in demographics erode UNSOM-facilitated local power-sharing agreements and undermine UN efforts to build governance institutions in Somalia.

‘Climate change deeply burdens UNSOM in its work to provide peace and security, and also in its efforts to establish functioning governance and judicial systems,’ said Dr Florian Krampe, Senior Researcher in SIPRI’s Programme on Climate Change and Risk, ‘it is impressive to see, however, how UNSOM and other UN agencies have taken innovative steps to deal with these challenges.’

The report finds that the rising numbers of droughts, floods and famines allows al-Shabab to act as a service provider. This is a notable change from its previous strategy where the group would stop people from leaving al-Shabab territory in order to prevent them from seeking aid in government-controlled territory.

Al-Shabab is an effective service provider because it is more flexible and therefore more resilient to the impacts of climate change. The group succeeds in making the international aid community and UNSOM seem weak by exerting control over them. This allows them to gain legitimacy with the local civilian population.

‘Many people prefer to go to al-Shabab courts, because they are less corrupt, and their decisions are enforced because al-Shabab still has the capacity to use force through survival. Of course, this is something that directly undermines the whole state-building process,’ said a UNSOM Officer who is quoted in the report.

UNSOM operates out of the box and introduces cross-cutting measures

UNSOM has responded to the growing impact of climate change. Novel initiatives such as the Recovery and Resilience Framework; the establishment of the Drought Operations Coordination Centres; and the appointment of an environmental security advisor demonstrate an important set of responses which bridge the mission’s short-term need for rapid humanitarian response and the long-term vision of a resilient Somali society.

‘UNSOM’s capacity to operate out of the box and introduce new mechanisms between actors is a hopeful example,’ says Karolina Eklöw, co-author of the report and Research Assistant in SIPRI’s Climate Change and Risk Programme, ‘the way UNSOM has responded to climate change gives us a glimpse of the future of peacebuilding.’

‘The near-famine in 2016–17 really brought us together and allowed us to put a number of more innovative approaches into place, such as a Drought Operation Coordination Centre, in different locations,’ said a UNSOM Officer, who contributed to the study, ‘this brings together all the agencies around the table on a real-time basis.