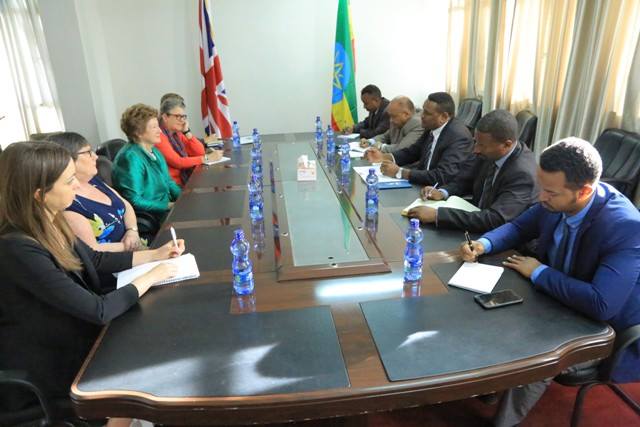 On the occasion he underlined that Ethiopia and the UK have enjoyed strong and long-standing relationship.

He said, “Our long-standing and important relationship has garnered practical outcomes.”

Dr. Markos noted that Ethiopia is undertaking sweeping reforms in good governance, opening up of political space and advancing democratization.

The State Minister also underlined the importance of strengthening parliamentary cooperation between the two countries as well as sharing experiences in areas of ensuring good governance, and enhancing the participation of women and civil society in the democratic process.

The British Inter-Parliamentary Group expressed UK’s continued commitment to support Ethiopia’s endeavor to ensure regional peace and stability and economic integration in the Horn of Africa.

While commending the ongoing reforms in Ethiopia, they assured the State Minister of UK’s support in areas of institutional capacity building.