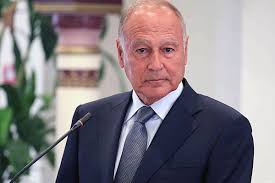 The Arab League has lauded the dialogue between Somalia-Somaliland held in Djibouti last week. The meeting between the leaders from Mogadishu and Hargeisa was also joined by Ethiopian PM Abiy Ahmed and representatives from AU, IGAD, the US, and the European Union.

Aboul Gheit sent a letter to president Mohamed Abdilahi Farmajo, applauding his government’s commitment to resolving the difference through the negotiation table.

The Arab League played to support the Horn of Africa nation in its quest for peace, and security in the country.

A 14 member technical committee has been established.

The team have already agreed to five point namely a code of conduct that will guide future talks on confidence building, implementation of past accords, the formation of three committees on aid, investment and airspace as well as security and joint ministerial committee which is scheduled to meet with in 45 days.

Other committees are scheduled to meet within 15 days to produce fruitful discussions.