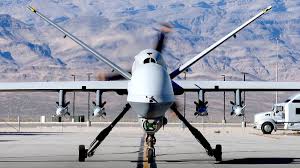 Three airstrikes on Somalia by the US on Sunday bring the total number of attacks so far this year to 63 the most ever by US forces in Somalia and a significant increase from the 47 of last year.

The US Africom Command (AFRICOM) said four Al-Shabaab fighters were killed in the strike. AFRICOM officials reiterated that Al-Shabaab was considered to be a global menace that was intent on attacking the US homeland. No evidence was given that the organization had the capacity to attack the US itself or had any intention of doing so.

So far Al-Shabaab has operated mainly in Somalia and northern Kenya. However, after suffering 110 US airstrikes during the last two years perhaps the group will try to attack the US homeland if it can manage it. Perhaps it will strike US assets elsewhere. The US has military assets spread around the world.

AFRICOM usually insists they kill only members of al-Shabaab even though after several strikes locals have said that civilian bystanders also had been killed in the strikes. The Somalia government generally appears not to react to any complaints about casualties.

A recent article notes: ” Earlier this year, international human rights organization Amnesty International issued reports that accused AFRICOM of killing about 20 civilians in multiple strikes conducted between April 2017 and March 2019. AFRICOM disputed the group’s methodology and findings. To date, the command has acknowledged only two civilian casualties from an airstrike in 2018. ”

The attacks are no doubt a response to a devastating bombing in Mogadishu the capital on Saturday: “Al-Shabaab Islamist militants have claimed responsibility for Saturday’s massive car bomb in the Somali capital Mogadishu that killed 81 people, including two Turkish citizens.The attack hit a busy checkpoint in the southwest of the city, leaving vehicles charred and twisted at a crossroads in the deadliest assault in two years in the Horn of Africa country.”