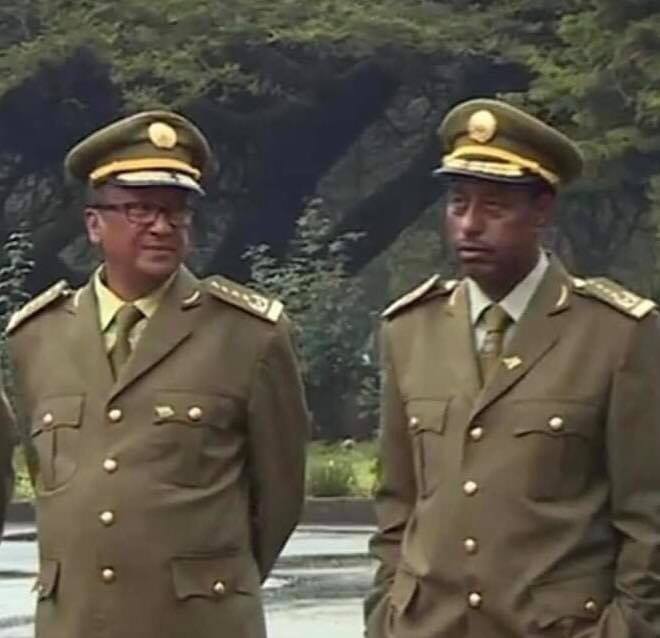 28 June 2019 – (EP) Former deputy chief of staff of the Ethiopia military, General Abraha Woldemariam (pictured right with the late chief of staff General Seare Mekonnen who was murdered on Saturday), passed away while he was on medical treatment in Thailand.

General Abraha Woldemariam retired in June before Prime Minister Abiy Ahmed had said in July that there would be reform measures to be taken at the Ministry of Defense and a new restructuring would be put in place at the Ministry.