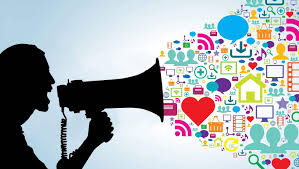 Democracy is a troublesome, chaotic system to run. Indeed, it allows the majority to decide on the crucial issues facing the country, but that majority could be misinformed, illiterate, emotional, easily persuaded and influenced, and most of the times, cheaply bribed.

Democracy brings, more often, incompetent, disloyal and conniving individuals to the forefront of public affairs, it can also serve as a useful tool to remove them from their posts when they are deemed irrelevant and not worthy of public trust.

However, the essence of the Democratic process is not just the tiring, divisive electioneering, it is the free press that can publish all views and ideas how far they are bizarre and unconventional. A free press that has the expertise and means to expose corruption, misuse of power, and incompetent government officials unable to carry out their duties

The essence of Democracy is accountability, where leaders of any hierarchy can be probed, scrutinised, criticised, and occasionally, humiliated. The essence of democracy is Transparency, where the government works in an open space and citizens have easy access to accurate information about how the country is run.

An essential good governance prerequisite is that governments should make their policies towards resources allocation available to the public. People must have a clear understanding of who prepares and formulates national policies, who are the real advisors of their leaders and what kind of advice they propose.

Making your advisors and their contributions public will lift huge responsibility from your shoulders, it will also give the impression that you are listening to others, being flexible, and always looking for consensus. It is a trait of strength and confidence, and that is something many politicians utilise to at least escape from blame and condemnation.

Of course, many politicians are not willing to abide by the ideals of democracy. They will like to take shortcuts: openness does not serve their original intentions of self-aggrandising and profiteering. Constant scrutiny does not bode well with their countless mismanagement and deplorable lack of insight. Accountability contradicts with their predilection towards power abuse, nepotism, and their innate snobbery against those put them in their positions- they love their votes, but they loathe their questions.

Therefore, in deep-rooted democracies, to escape inspection politicians turn to well-established agencies of spin-doctors, public relations experts, media-savvy surrogates to create different narratives: parallel explanations for the issues at hand. this is to create a cloud of confusion and lack of clarity around thorny issues which politicians believe that they will not get public backing for them.

So, what happens when democratically elected officials resort to imprisoning journalists- however annoying, uneducated and trivial they may be- and revoking private media licences. When, instead of promoting their own version of the truth, they try to hijack all truth. That is the first step in the downward slide of the whole system. It has happened before, during the old regime, and if repeated again, the results will be the same: weakening and disintegration.

As the unchecked use of legitimate authority against the principle concept that the state was built on, will inevitably shorten the lifespan of the whole system.