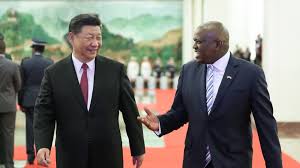 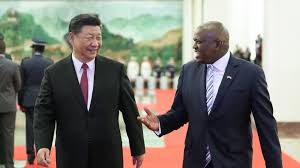 The debate on China’s relations with Africa is back in the spotlight following this month’s Forum on China-Africa Cooperation. Many Western countries assume that most African nations will gradually fall into China’s neocolonial trap, citing the Belt and Road Initiative and the opening of the People’s Liberation Army’s first support base in Djibouti. Is this a self-fulfilling prophecy or just an imaginary fear? The answer may lie in the economic, security and historical exchanges between China and Africa.

For China, Africa is a natural partner with a shared future. When providing economic aid to many African nations, China has been found to help them build their own economic development frameworks. A McKinsey report in 2017 shows that Chinese projects in Africa have created several million jobs and, on average, 89 per cent of their employees were African. Meanwhile, more than 60 per cent of Chinese enterprises have provided skills training and over 30 per cent have conducted technology transfers to the local market.

Former US secretary of state Rex Tillerson called the growing economic aid that China offers African countries to support their development “predatory loan practices”. However, from 2000 to 2016, China’s loans to Africa accounted for only 1.8 per cent of the continent’s total debt and no African country claims to have been lured into a “debt trap” due to the cooperation with China.

In fact, according to research conducted by Boston University and Johns Hopkins University, Chinese loans have been largely used to develop the continent’s poor infrastructure. About 40 per cent of the loans were utilised for power generation and transmission and 30 per cent flowed to upgrading its outdated transport facilities.

What’s more, China usually offers loans with relatively low interest rates and long repayment periods, and recently announced that some of Africa’s least-developed countries would be exempted from outstanding debt. Therefore, it is unfair to say that China may use sovereign debt as “cheap opium” to compel obedience from African countries.

To top it off, the limited purchase of African farmland by Chinese firms has been depicted as “land grab” and the cause of African famine in some Western media reports. It is true that some Chinese companies make investments in agricultural projects in Africa. However, the total amount of land bought by Chinese firms only accounts for a tiny proportion of all farmland in Africa. According to one study, South Korean, Japanese, American and European investment enterprises are the bellwethers that purchase and hoard most of the African farmland available.

For China, Africa’s rapid economic development heavily depends on peace and stability. Looking back, China has engaged in close military cooperation with African nations since they achieved independence from colonialism several decades ago.

The Chinese military has contributed to training African military personnel, deepening military-related technological cooperation and helping African countries enhance their capacity-building in national defence and peacekeeping to safeguard their own security and regional peace.

China has also actively taken part in United Nations peacekeeping operations in Africa and become the largest troop contributor among the five permanent members of the UN Security Council. To date, the Chinese military has participated in 16 UN peacekeeping operations in Africa and eight of its soldiers have lost their lives in service, including Shen Liangliang in Mali in 2016.

The newly established PLA support base in Djibouti mainly serves to better fulfil international obligations such as escort missions and humanitarian aid. Unlike the military operations of Western countries in Africa, the Chinese military has always been committed to safeguarding regional peace and security and has never interfered in African countries’ internal affairs.

China sees colonialism as a painful and humiliating ordeal that lasted over 100 years. With a policy of “treating others the same way you want them to treat you”, the Chinese government and people have never considered colonising African countries, but are interested in pursuing win-win cooperation with the continent.

Rather than being concerned about China’s neocolonialism, Western nations, as the previous suzerains of African countries, are more afraid of losing Africa, the ‘backyard’ of the West

In contrast, rather than being concerned about China’s neocolonialism, Western nations, as the previous suzerains of African countries, are more afraid of losing Africa, the “backyard” of the West. In their relations with African nations, Western countries continue to attach many political strings and to interfere in the internal affairs of the continent, just as they did a century ago.

Western countries measure others’ corn by their own bushel and criticise China’s contribution to the continent, but cannot figure out why the diplomatic, economic and social ties between China and Africa have become closer. This may be because China and the West have different perspectives. For the West, Africa is a historical burden while, for China, it is a future opportunity for the world.

At the opening ceremony of the Forum on China-Africa Cooperation earlier this month, Chinese President Xi Jinping outlined eight initiatives for strengthening China-Africa cooperation. These solid and feasible measures will certainly provide Africans with more training and job opportunities, open up greater space for their economic development and further enhance security exchanges between two sides.

As China engages actively with Africa, it would be better for other nations to find effective ways to help the continent maintain sustainable development and regional stability than to simply be suspicious of China’s motives.

Chen Xi is a military commentator