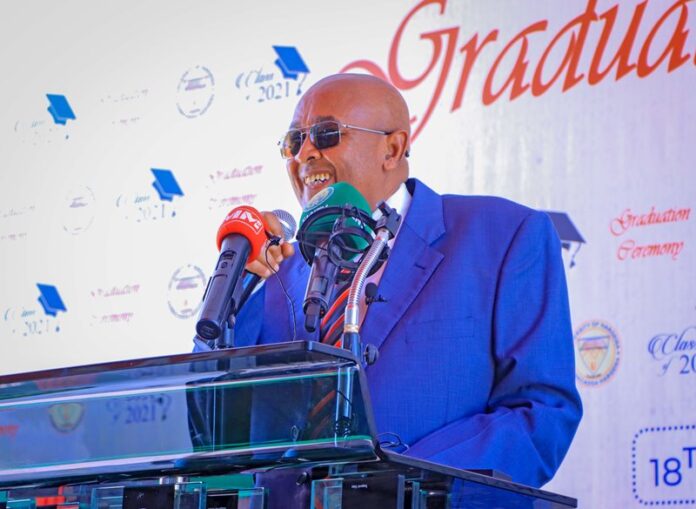 Speaking at the graduation ceremony of the University of Hargeisa, the Chairman of the Waddani party Hon Abdirahman Mohamed Abdillahi Irro said he shared with the graduating student’s joy, with their parents and administration of the university and teachers, and  pray for the students.

Chairman Irro said that he would like to greet the President of the Republic of Somaliland, H.E. Muse Bihi Abdi, his friend, whom he didn’t meet since the outcome of the elections.

He also greeted a delegation from Bahar Dar University of Ethiopia, adding that he had visited their campus on the year 2013, which is 20 times larger than the University of Hargeisa campus.

Chairman Abdirahman said that every year approximately 10 thousand students graduated from universities hence he expected corresponding hope from the government.

He observed that unemployment among Somaliland’s youth was close to 70% according to the recently conducted researches, and given the country’s limited resources, a clear plan was needed.

“Somaliland has made a lot of progress, as 20 years ago universities were 1 or 2, so I believe that Somaliland’s development and prosperity can be achieved through education, we need to strengthen it”, he said.