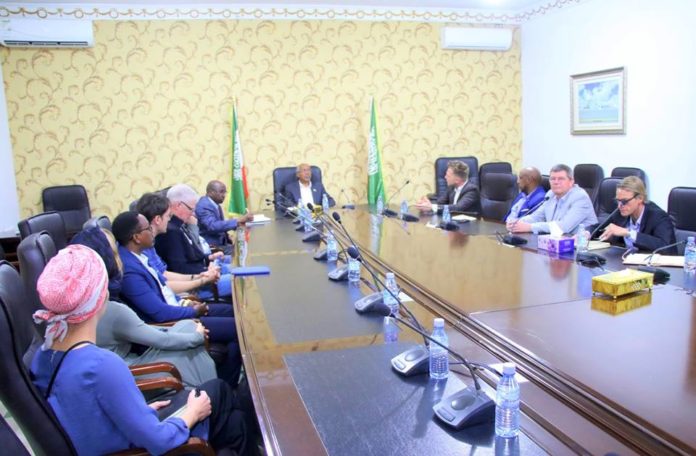 The Vice President, Hon. Abdirahman Abdilahi Ismail “Sayli’i has met with the officials of two fishing firms that are engaged in developing the fishing sectors in Somaliland.

The mission behind the meeting between Somaliland VP and the officials of Fair Fishing and Transfigure Foundation was meant to accelerate the holding of fish expo in Somaliland which is held annually in the country.

The Fish Expo is also intended to showcase Somaliland’s Fish produce. The project is due to be jointly organized by the ministry of fishery in conjunction with Fair Fishing. Transfigure Foundation is Fishing firm which has recently arrived in Somaliland with the major aim of exploring ways to exploit of Fish resources in Somaliland. The VP has conveyed a clear message to both Fishing firms which is to develop Somaliland’s fish sector.