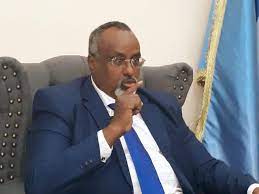 Somalia’s Presidential palace is alleged of escalating tensions in the northeastern region of Puntland, where elite security force mutineers and troops loyal to president Said Deni are feared to clash in the coastal city of Bosaso, ex-president of Hirshabelle state, Mohamed Abdi Ware said on Tuesday.

ex-president was quoted as saying that Puntland is now facing an existential threat from Villa Somalia which president Farmajo is orchestrating it.

Ware added that the crisis is meant to undermine the region’s security and weaken the bulwark of federalism.

“Federalism underpins the fragile consensus and peace among clans,” he noted, called on residents in the regional state to be aware of Villa Somalia’s plots.

Videos circulated on social media on Tuesday night purported to show residents fleeing their homes after regional authorities deployed additional troops aimed at reinforcements to the coastal city of Bosaso to quell munity stated by members of an elite security force, whose commander had defied government orders to hand over responsibilities after being sacked by president Said Deni.