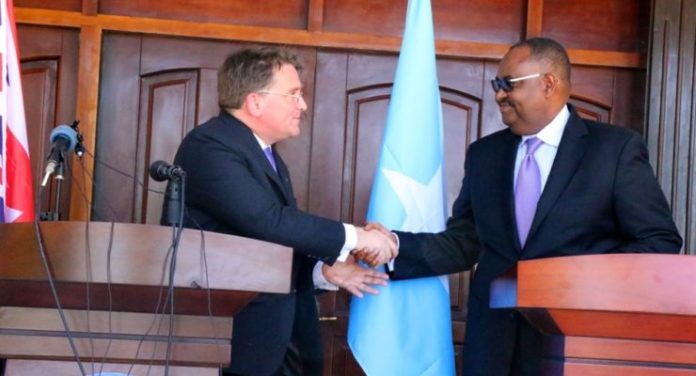 Puntland president, Said Abdilahi Deni has returned to Garowe today after wrapping a three week long trip to the UAE and Kenya. The president having received cordial welcome upon his return has held discussions with a delegation headed by UK ambassador to Somalia, Mr. Ben Fender. The president and UK delegation discussed on security, politics and development in the region. The two sides also touched upon projects that have been accomplished and those that will be finished soon. On his side, Ben Fender has thanked the president on the cordial reception and further added that they discussed on Somalia politics and the UK funded projects in the areas of health, livestock treatments and security. The ambassador has pledged to increase UK aid to Puntland.