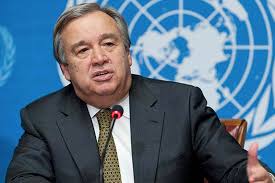 Hargeisa- António Guterres, the UN Secretary-General submitted a report on Somalia to the UN Security Council.

2.In Puntland, a visit by its Minister of Education to monitor examinations in Badhan district heightened tensions which resulted in a clash between “Somaliland” and Puntland security forces. Claiming underrepresentation in the “Somaliland” government, army officers and civil servants of the Warsangali clan in Sanaag region abandoned their posts and moved to areas under Puntland control in late May. On 3 June, “Somaliland” and Puntland exchanged 17 prisoners who had been captured in Tukaraq in May 2018.

3.In “Somaliland”, the President of “Somaliland” lifted a two-month state of emergency in three western districts of Sanaag region on 25 June, previously imposed as a result of recurring inter-clan conflict in those districts. Clashes returned to the districts from 7 to 8 July, when 18 civilians died in inter-clan violence. There was also little progress on the resumption of dialogue between Somalia and “Somaliland” during the reporting period. On 25 June, the Centre for Humanitarian Dialogue hosted a meeting to review international facilitation efforts between the two parties. On 17 July, President Farmajo announced a national commission for reconciliation and dialogue with “Somaliland” to prepare a road map for talks and lead the Federal Government’s engagement. “Somaliland” subsequently issued a statement reiterating its commitment to dialogue while rejecting the format put forward by the Federal Government.