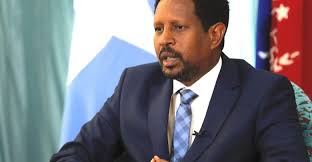 The mayor of Mogadishu, Mr. Abdirahman Omar Osman, on Thursday passes away in Doha while receiving medical treatment after he got injured in the recent bomb attack at the Mogadishu mayor’s office.

The late mayor of Mogadishu, Mr. Abdirahman Yarisow was fatally injured in the attack that occurred on the 24th of July, 2019, whereby many other officials were also killed.

After the injury, he was hospitalized at Digfer hospital and after staying there for day was airlifted to Doha for getting medical attention.

It is reported that he was injured in the head due to the explosion that occurred at the mayor’s office in Mogadishu.

Hopes were high that the operations having been successful that he could return to Mogadishu while safe and sound.

His family from the UK stayed with him along with Somalian officials whilst at Hamad hospital.