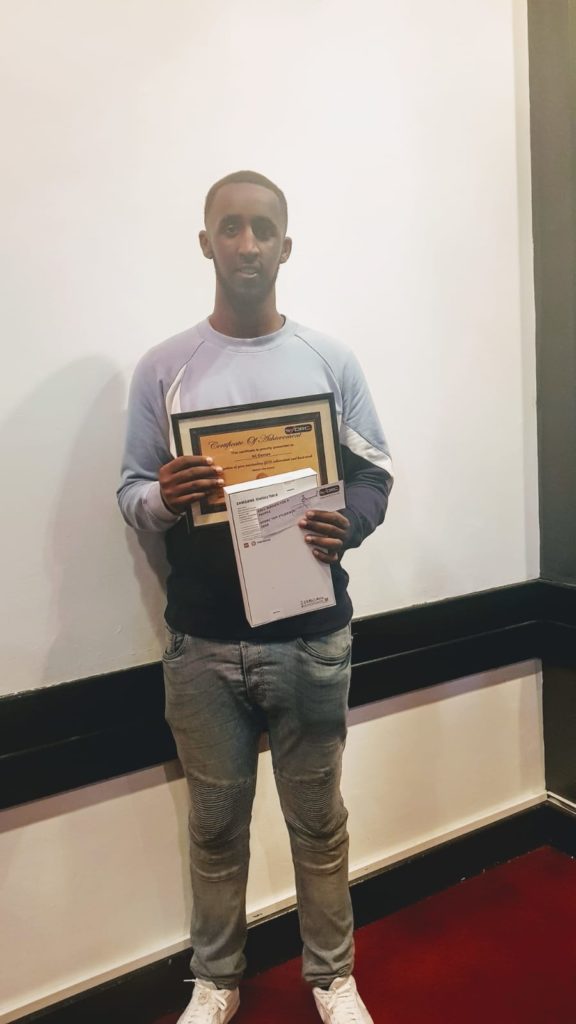 More than 100 pupils recognised for their hard work

HIGH-achieving Somali-origin students in Camden were praised for their exam results at an awards ceremony last week.

SYDRC, based in King’s Cross, held their 17th Educational Achievement Award Ceremony to commend the academic success of 120 pupils.

All young people get a plaque and then the top three students receive extra prizes at The London Irish Centre on Camden Square.

It was the debut year of their key stage 2 category with a score of more than 100 out of 120 in their SATS.

Abdulrahman Abdi, who now attends Acland Burghley School, came second for his results in his SATs at Brecknock Primary School.

The 12-year-old achieved scores of 109 in reading, grammar and maths last year.

His 40-year-old dad Madamed, who helped him with schoolwork at home, said: “It was absolutely wonderful to see, I’m so proud. I’ve had an agreement with him before the SATs test that if he got over 105 I would get him anything he wanted and he said he wanted a PlayStation4. I said fine you need to work hard for it and he got those results.”

Former William Ellis pupil Ali Osman, 17, smashed his predicted grades and came second in the GCSE category. He was expected to get two fives in history and geography but got a nine – the highest score – and eight respectively.

In total, he achieved two nines, four eights, two 7s and one six. He is now studying maths, chemistry and biology A-levels at Woodhouse College in North Finchley.

The event was established after local authority research found that in 1999 only 3.1 per cent of young people of Somali origin were achieving 5 A* to C grades at GCSE, said Abdi Ali, a director at SYDRC (Somali Youth Development Resource Centre). This went up to 59 per cent in 2014.

Councillors, police, teachers were among guests at the event last week. Mr Ali said: “This event is very popular with young people and their parents and is particularly valued by the education professionals both Camden children schools and families department and the department for education (DfE) as a remarkable inspiration for many young people in our community.”