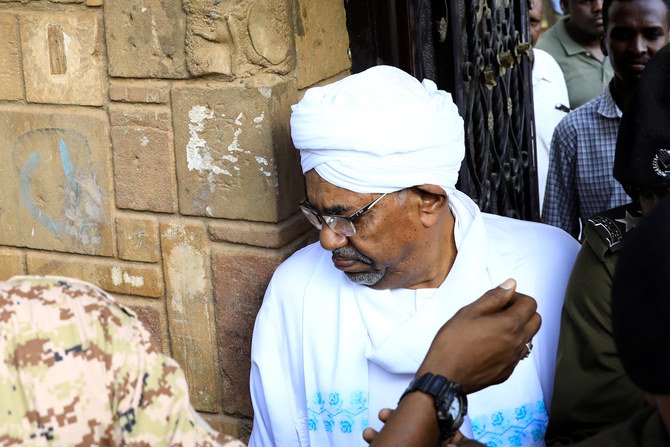 KHARTOUM: Sudan’s ousted president Omar Al-Bashir appeared in public on Sunday for the first time since his removal by the army on April 11.

Al-Bashir was brought to a prosecutor’s office in Khartoum, an AFP correspondent reported, where charges of corruption and illegal possession of foreign currency were read out against him.

The former president, dressed in a white traditional robe and turban, was transported in a heavily armed convoy from the capital’s Kober prison, the correspondent said.

The military overthrew and detained Al-Bashir on April 11 after 16 weeks of street protests against his 30-year rule. He was being held in prison in Khartoum North, across the Blue Nile from the capital’s centre.