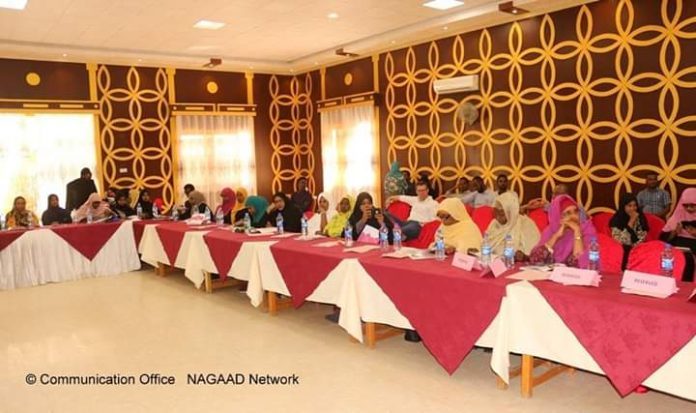 HARGEISA, 19 March – Women in Somaliland have less then half the opportunities of men in economics, politics and education, reveals the first ever comprehensive assessment of the gender gap in Somaliland.

Based on 1,200 surveys across Somaliland and qualitative data, inequality is highest in the political sphere, with only one woman in Somaliland’s 164-member parliament. Inequality also runs deep in economics and education. The report found that almost 54% of women between 15 and 24 years are neither employed or in school. This compares to 24% of men in the same age group. In education, 51% of women have no formal education compared to 26% of men.

In response to the findings, Nafisa Yusuf, the Executive Director of NAGAAD said:

‘’This depth of inequality is reprehensible. It is a crisis that requires urgent and sustained action by government, private sector, civil society and the public.’’

“Women’s empowerment must be a priority for the national agenda: it benefits everyone through improved social cohesion, economic development and more. This is evident throughout the world, including many Muslim countries. We all must challenge negative social norms and promote women’s empowerment,” she added.

Inequality is deeply embedded in Somaliland’s society, as one interviewee explained: “In this society, girls are brought up to be second best to the boys, and to always support their brothers or male relatives.”

Nonetheless, there are glimmers of hope for a more equal future. A staggering 86% of interviewees agree that women’s political participation is beneficial for society, and 84% agree that a gender quota would help to increase the number of women in politics, reinforcing the viability and importance of a minimum women’s quota in parliament. Women in politics are critical for systemic change.

“The public support is clear, government must legislate a minimum women’s parliamentary quota immediately,” said Nafisa. “This report highlights not just the need for increasing women’s political participation, but for everyone to also address the alarming marginalisation of women in all aspects of society.’’

To bridge the gender gap, it is imperative that:

• Government develops, implements and enforces policies and laws that comprehensively address the many dimensions of gender inequality.
• Specifically, policy for a minimum women’s political quota, equal pay for equal work and increasing women’s education access as priorities.
• Private sector, civil society and the public, women and men, unite and ensure sustained action to address gender inequality in all its forms.