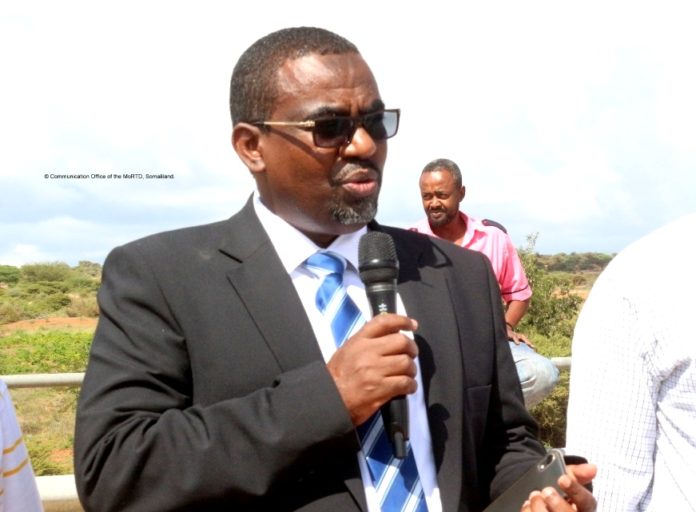 Transport Development Minister, Abdilahi Abokor Osman, today inspected the condition of certain bridges in Sahil province which have been badly damaged by recent rains. The minister visited bridges in Da’ar Budhuq, Lafa Ruug, Dubur and the surrounding areas in Sheikh Mountain. During the inspection trip, Mr. Abdilahi Abokor was accompanied by Sahil regional governor and officials from the road development agency. Sahil provincial governor, Mr. Ahmed Osman Hasan, applauded the transport ministry in its efforts to reconstruct the bridges that have been wrecked by the running rains in the country. The transport minister has said that most of the roads in the country were built 40 years ago. He promised that the work to reconstruct of the bridges will be in the offing. Mr. Abdilahi has stressed that the focus of the revamp will be the bridges linking Berbera to Burco which rains have damaged. 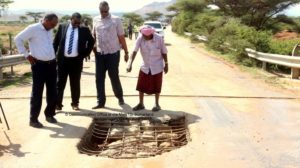 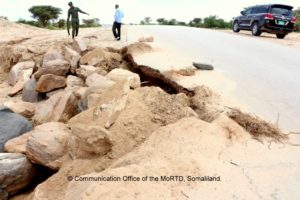 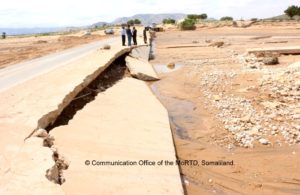 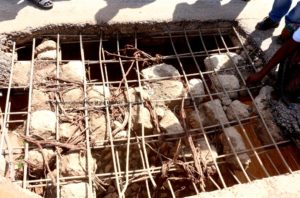