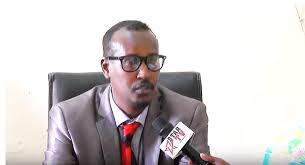 Togder regional governor, Hamse Mohamed Abdi passed away in a hospital at the Turkish city of Istanbul. He was airlifted to Turkey yesterday and was pronounced dead a few moments upon his arrival; in Turkey whereby he was due to undergo a medical treatment.

The governor has been ill for the past three weeks in the country and was flown to Turkey for advanced medical attention.

The deceased governor was battling with kidney disease, according to his close relatives.

The departed governor Hamse Mohamed Abdi was born in 1969 in Buroa city. He left behind a widow and nine children.

The late Hamse was appointed by former SL president Ahmed Mohamed Mohamud Silanyo for the position of governor to Gebiley province in April 2016 where he held the post for 2 years and four months. Afterwards, he was named by the incumbent SL president in February 2018 to serve for the nation again as the governor of Togder province and held the post until his last gasp.

His colleagues, friends and family members have described him as descent, down to earth and hardworking man. His body will be flown back to his home town where he will be given a state burial.