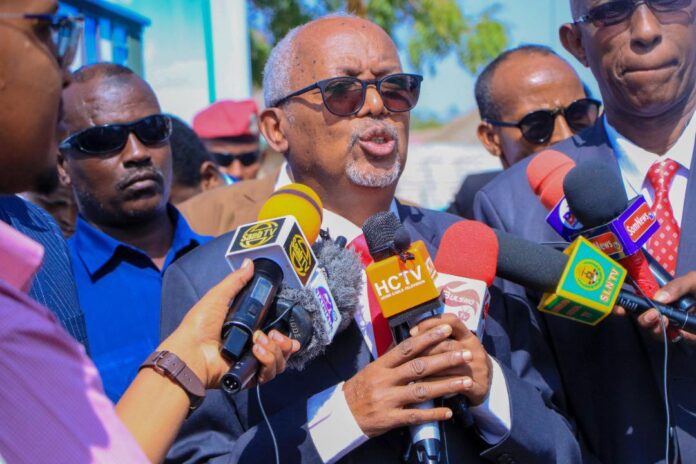 Somaliland government threatened action against masked delegates who had participated in a vote for candidates from SL who are willing to join Somalia’s Upper House of parliament and said it has information of all individuals who had taken part in the process.

The VP Abdirahman Sayli’i said the delegates who had covered their faces are known to the government and will face arrest if they return to SL.

Sayli’i said: ” We are disappointed that the United Nations was witness and trusted 20 to 30 defectors could represent us in Somalia’s Upper House of Parliament. We have the information that those who were covering their faces had left SL and they want return tomorrow. They are national traitors and there should be no sympathy for them when they arrested tomorrow.”

The United Nations envoy to Somalia James Swan attended a “portion of the Upper House” elections for candidates from SL in a show of solidarity” on Wednesday, drawing condemnation from Somaliland government.

The vote gripped by fear had been participated by delegates covering their faces, in what many said was due to concerns over arrest when they return to the cities they hail from.

Ahmed Safina, a spokesman for Somalia’s electoral board, said the move was part of preventive measures for Covid-19, but delegates had made mistakes when wearing the masks. He added that the electoral commission will provide further awareness on coronavirus to the delegates.