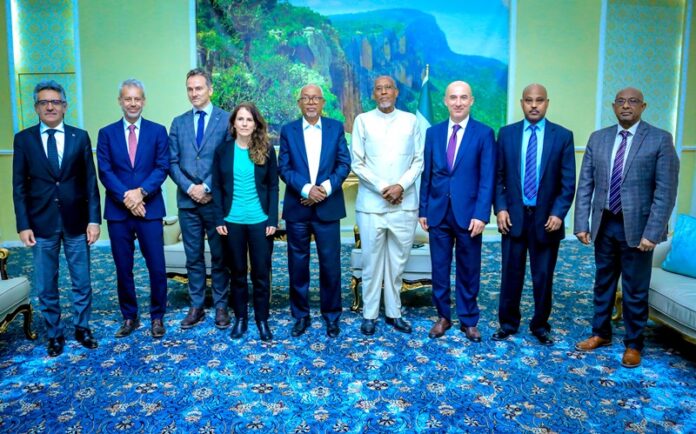 Somaliland government reaffirmed its commitment to revive and resume stalled talks with Somalia. In a press statement, H.E Musa Bihi Abdi, the Head of State of Somaliland said during a high level meetings with representatives from Norway and Turkey, Heidi Johansen and Aykut Kumbaroğlu

His Excellency Musa Bihi Abdi said that Somaliland populace and its government showed unity and resilience whilst the country had gone through stages to reach this milestone.

The Head of State went on to say that tremendous progress the country had made caught world attention.

The President of Somaliland has once again reiterated Somaliland’s stance on the resumption of the stalled talks with Somalia unless the talks must bear fruit.

Somaliland’s stance on the resumption of the talks with Somalia:-

The Head of State was accompanied by H.E Abdirahman Sayli’i, the VP, and the Foreign Minister, DR. Isse Kayd.