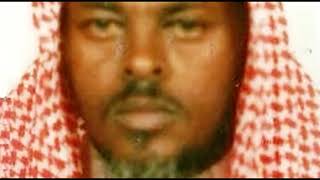 Somaliland’s president has pardoned a prominent and outspoken religious leader along with youngsters. The cleric was arrested on the suspicion of inciting unrest in the country and urging residents to turn against the gov’t.

Members of Somaliland parliamentarians have played a crucial role in the release of the Sheikh who was found guilty by a court and was sentenced to nine years behind bars.

The lawmakers who hail from Hawd province have written a plea letter addressed to Somaliland’s Head of State and finally due to that mounting pressure from his next of kin, President Bihi has eventually accepted that the religious leader granted his freedom back.

The office of the country’s Attorney General is about to finalize the pardon offer from Somaliland leader to set free Sheikh Aden Sune who has been behind bars.

Sheikh Adan Abdirahman Warsame a.k.a Aden Sune is among Somaliland religious leaders who speaks critically against the wrongs done by the government.