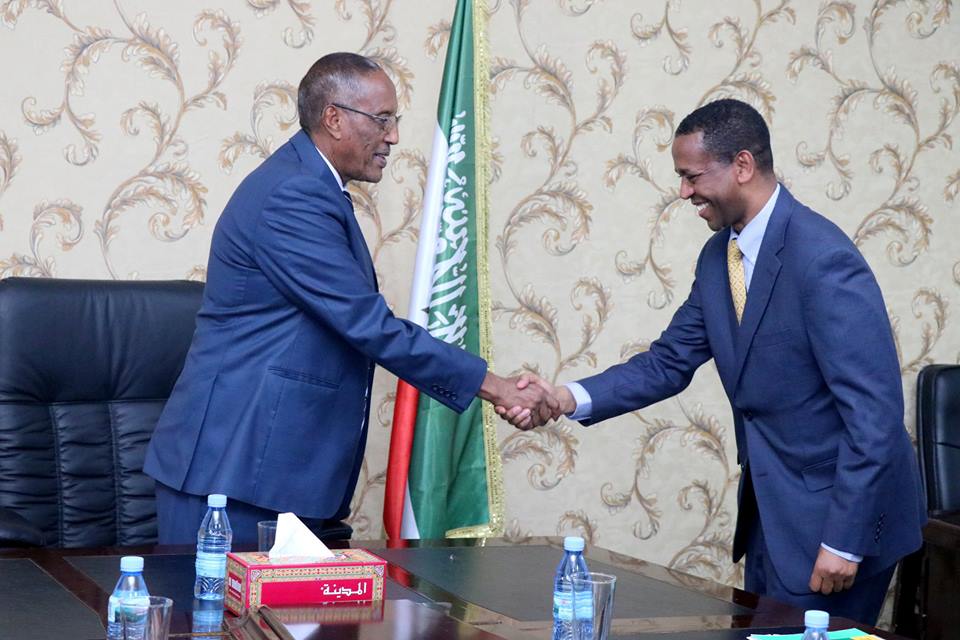 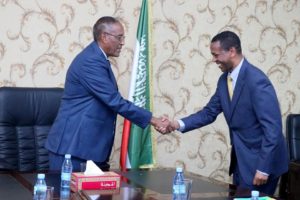 The president was flanked by the speaker of parliament Hon.Bashe Mohammed Farah, deputy speaker of the House of Elders Hon.Saeed Jama Ali and the foreign minister Mr.Sa’ad Ali Shire. According to reliable news reaching Somaliland News Agency (Solnanews.com) confirmed that the agenda of the talks concern the Tukaraq war, whereby Somaliland is at logger head with Puntland administered region of Somalia which has violated Somaliland sovereignty by entering 70 kilometers inside the country border.

The minister of foreign affairs and international cooperation Mr.Sa’ad Ali Shire who talked to the press after the meeting revealed that the discussion concerned the cooperation between Somaliland and the UN plus IGAD. They also talked about securing the peace of Tukaraq hamlet which has seen the brunt of Somalia government sponsored Puntland militia wrecking havoc by attacking the peace loving Somaliland army.

“The president and the delegation talked about the cessation of hostilities between the warring factions and the release Puntland’s of prisoners of war captured by Somaliland army and opening a humanitarian corridor for aid to trickle to the affected households.