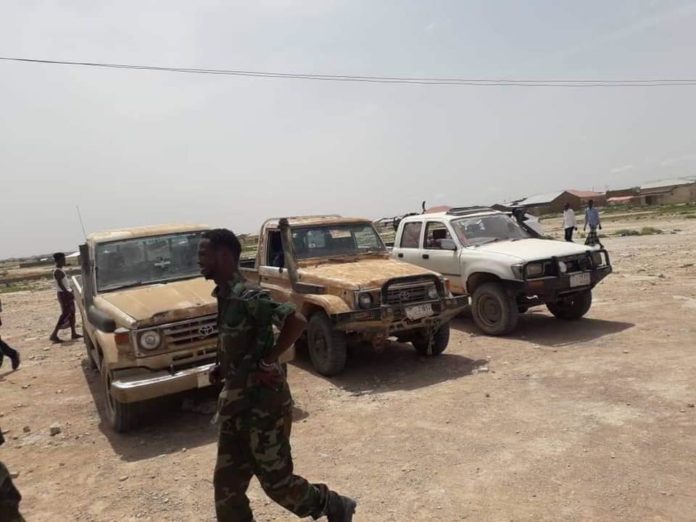 The militiamen on Friday handed in some weapons in a gov disarmament plan. The mission behind the disarmament is meant to diffuse the recurring skirmishes between the two brotherly clans inhabiting in Eil Afwein. The gov at collection point received handful of heavy weapons from one of the militiamen that fought in the region. Police at another collection point is expected to receive to hand in batch of arms from the other militiamen. The gov has embarked on well coordinated effort to bring peace to the region which has been a flash point for recurring inter clan killings that claimed the lives of many innocent people. The gov started to engage talks with both sides to peacefully hand over the heavy weapons that they used for the clashes. This will be a historic peaceful deal brokered by Somaliland gov and thanks to the individuals who played a key role in convincing the militia men to lay their arms down.