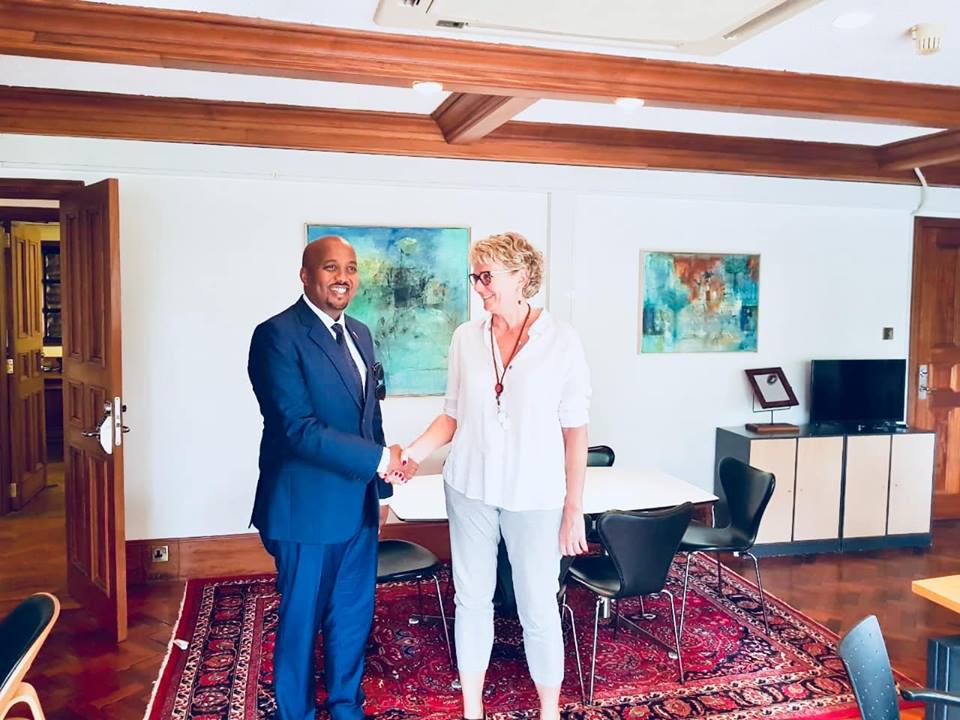 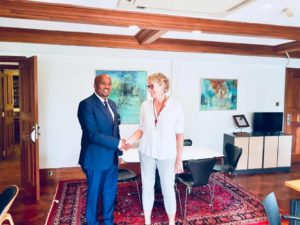 Pressure is mounting on Somaliland and Somalia to sit on a round table and sort their political and border disputes.

The international community wants talks between the leadership in Hergeisa (Somaliland) and Mogadishu (Somalia) to re-open dialogue to end the cold war between them.

Somaliland government has stated they are ready for a fresh round of talks after the Netherlands and Danish envoys to Kenya (and Somalia) said they would be ready to help initiate dialogue.

Nairobi has been identified as one of the potential venues for the talks which have previously collapsed after agreements have been signed with both sides accusing each other of reneging on the signed deals.

Somaliland, a former British protectorate proclaimed independence from the rest of Somalia after the collapse of the central government of Somalia led by the late dictator General Mohamed Siad Barre in 1991.

However, the international community is yet to recognize Somaliland’s sovereignty though the nation has diplomatic relations with several countries where it has liaison offices. Somaliland is pushing for complete freedom from the rest of Somalia while the Federal Government of Somalia wants to retain the unity of Somalia.

The two countries have failed to agree on several issues among them the control of airspace despite several meetings to resolve the issue.

Since 2012, there have been several meetings and talks between Somaliland and Somalia, including Istanbul II Communiqué, where the two parties agreed on establishing the Air Traffic Control Board (headquartered in Hargeisa, Somaliland) and four members of technical committee (two from Somaliland and two from Somalia). This agreement was supported by the United Nations envoy in Somalia/Somaliland and the head of the UN Assistance Mission in Somalia at the time, Nicholas Kay, who described the agreement as a model for other areas of mutually beneficial cooperation.

The U.N.’s aviation agency began controlling air traffic over Somalia after the county descended into civil war. Due to security concerns, the organization worked from Kenya until 2017 when the government of Somalia took the control of the airspace from ICAO.

In March this year, Somali government relocated 34 air control personnel who were working in Nairobi to operate in the Somali capital, Mogadishu before officially starting operations in August to the chagrin of Somaliland.

Because of tension between Somaliland and Somalia, Somaliland had banned all UN flights from landing at its airports and threatened to close its airspace to UN flights if the Istanbul II agreement was not implemented. The ban was later lifted.

The Istanbul agreement allowed for a strategy to manage the two countries airspaces through a joint body to be established in Hergeisa. The body was also to be responsible for equitable sharing of revenues.

This week, Somaliland envoy to Kenya Bashe Awil Omar separately met the ambassadors from Netherlands and Denmark to Kenya with the two European envoys promising to push for fresh talks to end the impasse to be held in Nairobi.

Denmark ambassador to Kenya Mette Knudsen said it was vital for the two countries to sort their differences and work together.

“The international community is ready to bring the two parties together for another round of talks,” Knudsen who also represents her country in Somalia and Seychelles said.

“For peace, stability and restoration to be achieved in the horn of Africa, it is important that all the conflicts are ended and that includes that between Somalia and Somaliland,” she added.

Frans Makken, the Dutch envoy to Kenya insisted on the need for tranquility between Somalia and Somaliland as they chart their future.

“It is important to work together. You (Somaliland and Somalia) have all our support in ensuring peace prevails,” he told Bashe.

Bashe said Somaliland and Somalia have worked together in the fight against terrorism, extremism, piracy, illegal fishing toxic dumping, maritime crime and serious crime and his (Somaliland) government is ready to do more for the two to live in harmony.