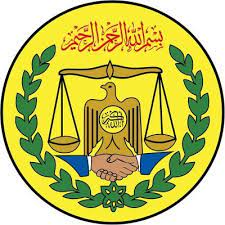 The Somaliland ministry of health has announced that the country is in the third wave of covid-19, calling for strict preventive measures to flatten the curves as the caseload soars.

The Somaliland minister of health, Omar Ali Abdullahi Bade, stressed the need to take the pandemic serious as Somaliland enters the third wave.
The minister emphasized that although the variant is yet to be identified as against the prevalent type, his ministry ensures all hands are on deck to curb the spread of the pandemic in due course.

He said the country has lost four people to the variant within the last 24hrs , adding that people must adhere to safety measures at all costs. He added that the ministry is leaving no stone unturned as it campaigns to create awareness among the general public in a bid to arrest the spread. He however, encouraged people to get vaccinated as the jabs are available in all strategic locations within Hargeisa.

Omar confirmed that Somaliland has received the third batch of vaccines which has been administered accordingly, stressing that the country hopes for more supposing the developing countries were not stock-piling the vaccines.