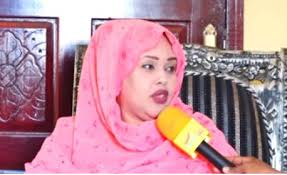 Foreign affairs secretary Fatumo Said  resigned on Monday and stepped down from Wadani national party. The resignation from Ms. Fatumo Said is a huge blow to Wadani party chair, Mr. Irro who is vying a second time for the presidency. In announcing her resignation, Fatumo said that she can no longer be part of this party which does not have a clear policy of getting the country out of its internal troubles. She said that the party is in a state of gridlock and cannot come up with policies which could be used to remedy the current domestic problems ranging from army mutiny. She has dismissed that she has not quit the party due to political difference or a fallout with Wadani party chair, Mr. Irro. Wadani party former foreign affairs secretary has stated clearly that she wants to remain an independent politician as long as we don’t have a strong opposition or ruling party that she can associate with. She used the phrase that Somaliland is stuck in a mud and stopped to move forward. She snubbed rumors saying that she has tendered resignation due to a lot of pressure from the ruling Kulmiye party.