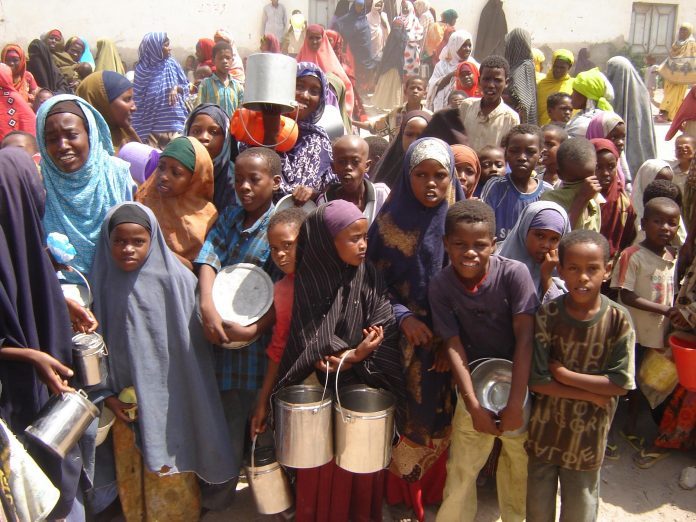 Over 20 female university students in Las-Anod town have launched a campaign to help displaced families in Sool region.

150 families displaced by clan conflicts in the region, who have been living without basic needs, have now received food and other aid for the first time since October last year.

According to Faduma Diriye, one of the 25 self-organized students, the families in different villages were given food and clothes.

Fadaum said they took the decision to collect contributions from the shops and houses in the town after they had assessed the humanitarian situation in three IDP camps.

“We collected different kinds of food and clothing from the locals between December and January, and the process was smooth and fruitful,” she said.

The areas visited by the students are Dagah-isguro, Insha-shel and Hargaga which each house hundreds of IDPs.

The students distributed some items in February and will deliver more soon.

“We rented a room to use as a store to keep food and clothes we have collected. The teams go to shops and houses on Thursdays and Fridays to collect the donated items. We also hired bajaj (auto-rickshaws) to transport the goods,” Faduma said.

The families have each received 50 kgs of dry foodstuffs comprising of flour, rice, sugar and five litres of cooking oil as well as clothing.

Amina Mohamed Ali is a mother of 12, who fled Darkeyngeyo in October following an outbreak of clan clashes. She is now living in a camp in Dagah-isguro village.

She said the she received would feed her family for the next three months.

“The aid given to us by these girls has helped us very much. We were unable to get anything to eat but now this food is enough for that period,” she said.

Amina had a shop and 40 goats at home but she had to leave everything behind her when they fled.

“My children became very weak and malnourished. These hand-outs are of much help to us and reignited our hope in life,” he said.

Farah, a pastoralist, lost 200 goats to successive droughts in the region. His family had fled to Dumay village after his livestock died in 2016 and were then forced to flee again when conflict engulfed the area.