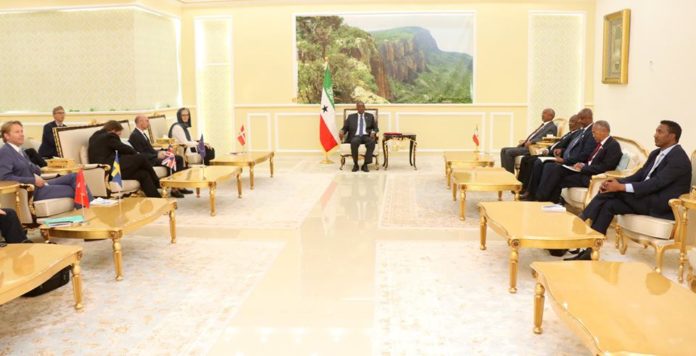 The European Union delegation which consisted of ambassadors from Denmark, Sweden, Finland, UK and also from Switzerland, which had been on a visit to Somaliland the past few days, have held discussions with various groups from the Somaliland political arena.

These discussions were to ascertain the current status on the preparation for the parliamentary and local elections scheduled for December 2019, just eight months away.

The EU delegation stressed to their Somaliland counterparts the need to hold these elections and to resist the temptation to extend the mandate for these bodies. The EU provides the majority of the funds and the logistic support for elections in Somaliland.

Meanwhile , in a separate meeting in Hargeisa, senior officials from the three political parties, Kulmiye, Waddani and UCID have been meeting to hammer out a consensus on the issues blocking the holding of parliamentary and local elections.

As of yet, no agreement has been reached.