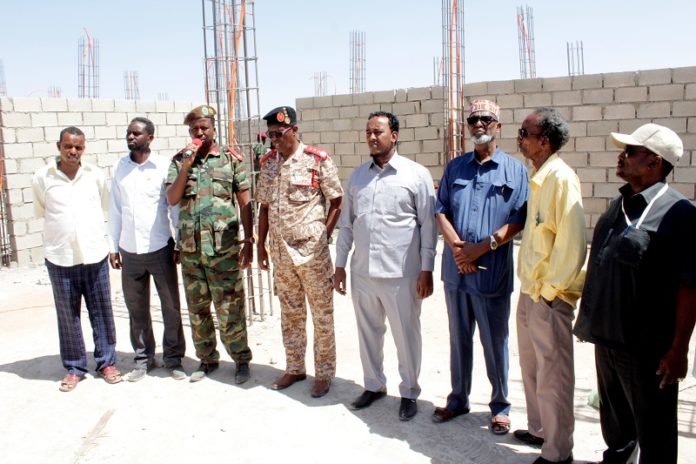 The defense minister, Mr. Abdikani Mohamud Ateye accompanied by the national army operations commander, Brigadier Abdirisak Said Bulaale, on Monday have inspected military hospital facilities, which are under construction and visited the patients in the hospital.

The Bir Jeh camp which houses the military hospital in the suburbs of the capital,is under expansion and revamp and the construction which is underway is taking place smoothly.

The defense minister was briefed on the medical services that it provides to men and women in uniform who are injured in line of duty.

The minister was told that facility gives excellent services to the in patients at the moment and promised to further improve it.

The operations commander has said that once the hospital facility is completed then it would cope with the need of the men and women in uniform who sustain injuries in action to be treated.

The minister finally told that he is committed to improve the healthcare of Somaliland’s armed forces.