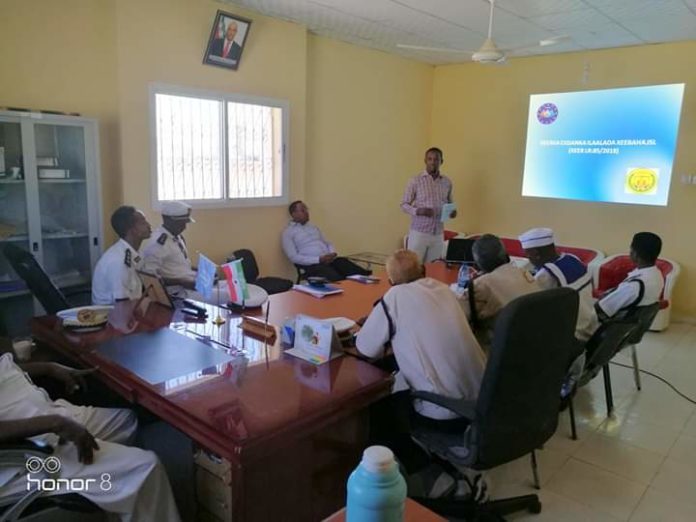 The Somaliland Coast Guard (SLCG) Law is in force as of this year.
The newly implemented law allows the SLCG to exercise power across the borders of Somaliland and carry out independent activities taking place in their territorial waters.

The preliminary work in order for the law to be adopted has taken few years and EUCAP supported Somaliland authorities in drafting the law that was passed on March 2017 by the Cabinet of Ministers. It had to be passed by Parliament and was finally signed by the President in December 2018 and promulgated in January 2019. EUCAP Hargeisa field office held workshops and trainings related to Coast Guard Law before the final approval.

The powers of execution of the new SLCG law include: to stop, prevent and investigate all crimes committed within the Somaliland territorial sea waters; to arrest, detain and interrogate suspects of criminal activities; to prevent illegal entry into the territorial sea waters of Somaliland or illegal entry not in line with the international laws or national laws amongst many others. The Coast Guard exercises its powers in line with the Constitution of Somaliland and the other applicable laws.

The lack of legal status has had an effect on the SLCG in conducting their duties from administration to budgeting. Now into effect, the Coast Guard law provides the SLCG with the directive to function as a legally independent authority, with clear guidelines to follow.

The Law clearly defines their independent budget for their operational activities, which will ease the 24-hour daily patrolling duty across Somaliland waters, including boat maintenance and operations at the base station centers throughout Somaliland. The existence of a legal framework also makes it easier for the SLCG to cooperate with partners.

“Now we are able to complete our daily routine to patrol the coast, ready to exercise our powers, as to protect vessels and prevent crimes in Somaliland territorial waters,” stated Captain Abbas SLCG Head of Operations. He further explained that “There will be positive changes in the cooperation with our partners, as we are now legally binding authority. We are looking forward to work with both national and international partners that will provide a working platform to fulfill all requirements with the highest performance. We are also hoping to obtain more capacity building training to enhance our expertise.”

“Since the Coast Guard Law has now been passed it is of high importance to implement it, “said Field Office Hargeisa’s Coastal Policing Adviser Frank Hedegaard Madsen.
“For that reason the law has been incorporated in the curriculum for the Basic Law Enforcement Training Course where Coast Guard personnel learn about not only about their duties and responsibilities according to the CG law but also their authority and jurisdiction with regards to correlated laws such as the Criminal Procedure Code, the Judicial Law and the Police Act,” Madsen added.

EUCAP Hargeisa field office will continue to assist with the Coast Guard law enforcement and implementation.