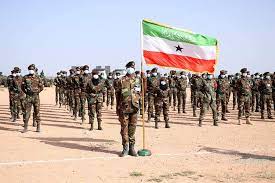 Somaliland army seized a key contested town in the restive northeastern region of Sool after troops loyal to the Somali semi-autonomous region of Puntland vacated their bases.

Heavily-armed troops with dozens of military vehicles entered the town of Bo’ame, marking a renewed conflict between the two Somali regions. The last direct military confrontation between the regions’ armies occurred in 2018, when Somaliland authorities took control of the town of Tukaraq on a highway leading to Puntland capital.

Puntland troops are reportedly making military maneuvers outside Bo’ame amid fear of clashes between the two sides.