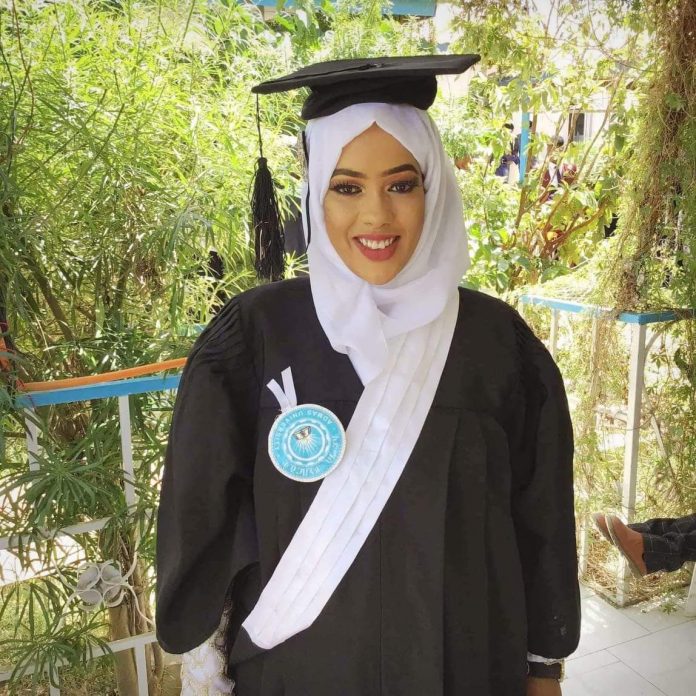 Naima Abdi 27 years, who lives in Borama, Somaliland, welcomed her first daughter Zeinab Thursday at 9 am but did not let it stop her accepting her Second Graduate in the next Week.
She spent Three years working towards her degree at the Admas University and said that the pregnancy didn’t make the final stretch before graduation any easier.
Mrs. Naim said: “I had Zeinab Thursday around 9 am and the next Thursday I discussed graduation with my family and my doctors and everyone was shocked. However, they were really supportive.”
She was released from the Caafi Hospital in Borama just two days before, in time to attend the ceremony with her newborn.
“We are told our graduation date a year before it happens so I knew I would be graduating on Sep.”
The new mum-of-three said morning sickness early on in her pregnancy threw a spanner in the works, but she was determined not to let it affect her academic performance.
Mrs. Naima said: “Of course, being pregnant made university even more challenging. I was quite sick with morning sickness at the beginning, which as you know, is very unpredictable.
“Obviously attendance is extremely important and there’s a lot of assignments and group work. It was really challenging to get to the end.”
She said graduating was a very important moment for her.
Mrs. Naima said: “It was really important for me to attend because It was the first graduate after my marriage. That’s the main reason I wanted to go.”
Although her mother Zeinab Yabe, thought Mrs. Naima was “crazy” to attend graduation just one week after welcoming her baby, she said it was important to her to accept her degree in person.
Mrs. Naima said: “My mom was the one who thought I was crazy.
“She is Somalian and in our culture when a woman gives birth, she rests.
“She doesn’t cook for a few weeks as the other family brings food for the family and she definitely doesn’t go back to work.
“My mom couldn’t believe it when I wanted to go and graduate hours after giving birth.”
Mrs. Naima says she would never have been able to get through her degree without the support of her husband Ahmed Hussein.
The mum said Mr. Ahmed, who works far away from town for their town, would drive to pick her up on cold winter nights and support her through stressful assignments.

She said: “My husband Ahmed has been the best support to me, taking care of our daughter, picking me up from college and helping me keep calm when I was stressed.”
Mrs. Naima says her classmates were delighted to see baby Zeinab at the ceremony.
She said: “All my classmates came and looked at the baby, it was really sweet. Everyone says she looks really like me.”
The university graduate hopes to take a break from her studies until the autumn when she plans to take other courses.

She said: “For the next few months, I’m hoping to enjoy my time with my new baby and hopefully return to university in the fall to work towards my studying. That’s my dream.
This mother, who works Health Center in daycare, studied at night in order to achieve her goal.
She said: “I was so tired a lot of the time and I was working full-time as well. I run my own daycare and I was studying at night.
“I wanted to reward myself. It took so much hard work to get to this point.
“There were so many late nights studying, trying to get assignments in on time. Driving too and from college on those long winter nights.
“I needed to do this for myself.”

That Was the Story Of Naima Abdi a mother of three children who live in Borama, she graduated in this week for her first degree in Public Health at Admas University Borama Campus, I hope for her, bright future to serve her community as she did in the last decade.
Abdirashid Abdi Jama
JigJiga, Somali State
rashka282@gmail.com
WhatsApp: 00252634500282 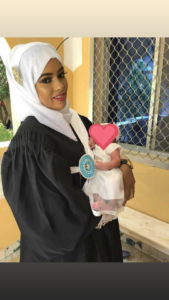 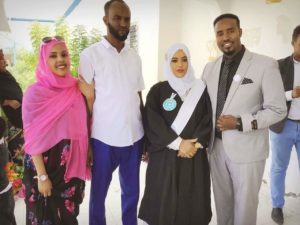 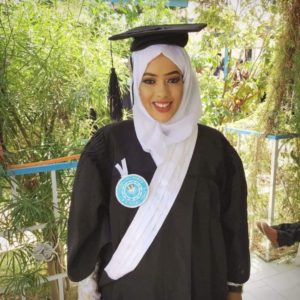 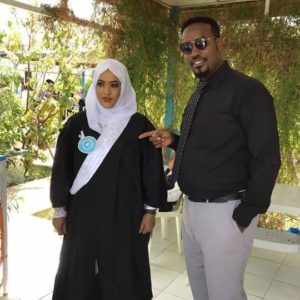