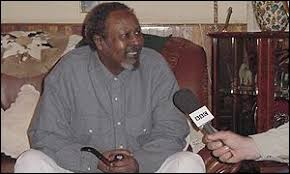 I have written this note as a tribute to our late President Mohamed Ibrahim Egal: 17 years ago, on May 03, 2002, the late President Egal passed away at a hospital in Pretoria, South Africa.Egal was my hero. He was a patriot and wiseman.He was an elder statesman.He had good judgment. He had the courage to make tough decisions.He was a gifted leader. He was a fighter for Somaliland cause.He was a nation builder while the U.S. and United Nations failed to recreate Somalia.He led our young nation during the most turbulent time in our history. He was the founder of the present day functioning government  structure and institutions in Somaliland.He knew how the government functioned. He knew well the political dynamics of the clans in the region. In fact, Egal was  the architect of Somaliland’s  referendum for independence in May 2001.But Egal did not live to see his dream realised.During his leadership he brought cohesiveness, peace and stability to the nation.As the result, Somaliland had achieved, albeit imperfect, development in the areas of education, and basic services.But still a massive work needs to done on human development area in our country.He believed a true free market economy.

So far, we do not have anyone from Somaliland  or even Somali peninsula  politicians who can  fill the vacuum Egal left.But he was not a flawless individual because he was not only a human being, but he was also in the public life for over four decades.Ramadan is next Monday, let’s pray for Allah to open for us the gates of the paradise and meet him there.Amen.