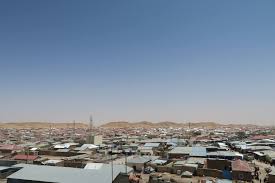 A lone gunman gunned down member of correctional facility officer yesterday, local media reports. The incident occurred at Lasanod prison when the armed assailant shot the custodial corp to death. Woman nearby the area of the shooting was confirmed to have sustained injuries and was hospitalized. The attacker absconded but security forces in Sool’s provincial capital launched an operation aimed at apprehending the culprit. The Custodial corps have not so far spoken of the incident.