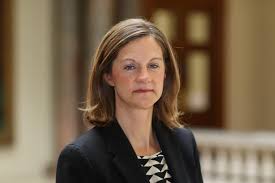 The new UK ambassador to Somalia, Ms. Kate Foster, arrived in Mogadishu, the capital a couple of days ago. She is replacing the outgoing ambassador, Ben Fender.

Ms. Kate is currently at UK embassy in Mogadishu and is awaiting to present her credentials to the president as the law of the land stipulates.

But there is a heated debate within the UK embassy in Somalia which is based on who is entitled to receive the credentials from Kate.

Some of the UK diplomats stationed in Mogadishu embassy suggested that Kate should wait until new president is elected who will replace Farmajo whose term in office expired on the 8th February.

The former UK ambassador, David Concar confronted with this scenario in 2016 as he came to Mogadishu once Hassan Sheikh Mohmud’s term expired and waited for the election of his successor.

He presented credentials on the 18th February, 2017, ten days after Farmajo was elected as the new president